The good thing about (human) population is that there’s variety. It’s our advantage, as a human race.
Some people are stronger, prettier, smarter.
You as an individual can leverage or make good use of that by working in teams. Think of a military unit: there’s a medic specializing in healing, a sniper for long-distance shooting, assault units for medium/short distance, and ultimately there’s that person behind the scenes calling the shots, the tactics and strategies.
Each of them are important and they know their shit. It’s their specialty.
So when your sniper buddy looks at and says, “Wait, don’t come out just yet”. What do you do?

This topic isn’t about military strategy but actually something relating to that FBI/Apple privacy case.
I’m personally against it not because I hate the FBI or I think the approach has no bearing but because I think there could be better, more efficient, still-private way of doing it.
Also, there are very logical points here that can stand against the intents of the FBI.

Yes I agree that “Hey FBI, you start with this, next thing we know you’ll be unlocking all phones, cars, security cams, etc”. It’s human nature. It’s guaranteed that once you let them do that, they’ll hop onto the next one. There’s no question there (ps, they’re probably doing it anyways already).
Yes I also agree that on the FBI side of things “you gotta do what you gotta do”, especially in dire situations. Problem is, I personally don’t consider this dire. Sure there were guns and people died. If this was 9/11 or Paris attack (wherein it was totally out of the ordinary), I would consider it dire. But this has been a regular occurrence in the US. I say your education system and gun laws are dire. You got cut on your knee because of that nail sticking out of the wall. Fix that nail. Don’t wear a medieval armor at home.

Here I acknowledge all the points from both sides. But what I’m trying to imply is that, it doesn’t have to reach the point of privacy controversy. There are fundamental…mistakes? Or things that don’t make sense from the FBI side of things. So in my head “Just stop it. You’re not achieving what you’re trying to achieve.”

Logical points:
1.) You’re the FBI. You have NSA, CIA. You can have the damn Special Forces if you wanted to. Why bother the private sector? I think you’re trying to flex muscles here and see if the sector will bend.
Why flex when no one’s watching…..no one even wants to watch?

2.) I like intelligent people. Where are where we are now because of these people. Somewhere along the history of information technology, someone/group said “Hey, we need encryption”.It could be a variety of reasons: national security, anti-fraudsters, criminal intents (oh humans..), or it could be just about plain privacy. You don’t need to know who your neighbor is banging. Whatever it is, there is a reason why this system was put into place. You guys were probably the ones who implemented this anyways lol. Now America buddy, I know you’re freaking out, but remember what they say about making decisions when you’re emotionally charged? Don’t do that.
It’s one of the two things: either privacy (and by privacy, I mean encryption) is actually really important, so don’t mess with it OR you guys were wrong to begin and that “encryption is a bad thing and should not exist”. If that’s the case, “he who has not sinned throw the first stone” lol. Lower your security across the country lol. (Watch how Russia and China have a field day on that) 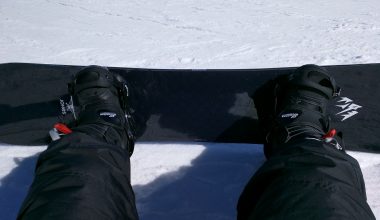