“Why is Canada’s Vaccine Second Dose Taking Too Long?”

This is a question I’ve received several times from friends in different countries. I figured I’d provide a quick answer for this.

A post shared by Toronto Things To Do (@todotoronto)

It’s like watching someone in track catching up and leading a race. Woohoo Canada! But hey, don’t start to slack. Got lots of social issues to work on.

That’s the Share of people who received at least one dose of covid-19 vaccine. This is based at the time of writing fyi.

Canada’s strategy is basically to give everyone to their first dose first before going back on the list and giving that first person his/her second dose again.

My first dose was first week May and my second is last week of August. In comparison to some of my friends both in the developed and developing countries where they got theirs 3 weeks apart. Good stuff for you guys! We don’t win this virus until we all get vaccinated. So same teams and no competition!

Not Meant to be a Perfect Solution

Of course the ideal and perfect scenario is a country would have unlimited vaccines/facilities/process to quickly fully vaccinate everyone. But who has that right?
(Israel)

Currently, it is working. To my observation, I think it’s working. Statistically and basing data, yes I can also see our cases going down, so yes it’s working. Are we done and time to pack up? No.

Our Mayor (Mississauga) actually posts the stats in facebook everyday (excluding holidays) that’s why it’s easy for me to follow the numbers every day. Mississauga for example was I believe hovering around 300-450 new cases per day at our last(third) wave.

Our region also provides data for it if you want need more basis:

Despite the fact that it’s working, there are pros and cons to it. The main argument against it is that the elderly need and will benefit if they get their second doses asap. Yes, agreed. They also argued this approach isn’t the ‘tried and tested’ and medically proven way.

I get it. I’m not arguing against it and I don’t think anyone’s saying it’s wrong. It just boils down to: the medical community can suggest as much as they want but ultimately the province/any leader will have to decide what’s best for its community taking into consideration all other aspects of life: economics, social life, agriculture, production, etc. This is what most focused people fail to understand.

It’s like when I hear designers trying to push their ‘masterpiece’ onto public works. Again, I get it and I’m not saying it’s bad. It’s beautiful actually. But you have to consider load time, usability, accessibility, ease-of-use, etc (to which some designs fail). But some designers just have the blinders on and fail to see the practicality and they take it into offence.

Actually, Ontario did exactly just as what they suggested before. Here’s the Luis way of storytelling that:

Alright, so Canada got promised X vaccines before right? This was when Canada received their first ever wave of vaccines. The Federal level ordered vaccines and evenly distributed in within the Provinces (aka the “states” of US). The provincial government then will decide how to disseminate the vaccines.

Most if not all provinces decided to give it to everyone asap (e.g.: if we get 1k vaccines, 1k people will be vaccinated). I remember that it was only Ontario that decided to reserve the second dose (e.g.: if 1k vaccines arrive and it 2 doses are required for full vaccination, only 500 ppl will be vaccinated). I believe their reason was–and this was during peak logistics crisis, even before Suez Canal Boaty McBoatface happened–: “you don’t know when the next shipment is so we’d rather have lesser ppl fully vaccinated than otherwise”.

Yea that didn’t work out 😂

This was December. Scroll back up to the graph and see what happened Nov – Jan lol.

Other changes and factors helped too. The Federal level evenly distributed the vaccines but then eventually realized: “Hey wait, maybe we should be giving the vaccines proportion to their population”

No Ontario is not Being Agist

Again, it’s not like Ontario didn’t try, regardless of the age issue.

I think what happened here is that: I know and do remember when the Pandemic was new (circa Mar 2020), the biggest concerns were the kids, the elderly, and the medically compromised people. At some point (I can’t recall when), statistically it was showing that “hey, here’s a new trend. Our patients are now usually the ~18-40 peeps”.
(I’d find references for you but I’m lazy but I swear I heard and saw this in the news/tv)

I’m guessing this was around 2nd/3rd wave where quarantine fatigue was really kicking in. So yea…some adults were being reckless while the young and the elderly stayed home. And there you go; stats reflected that.

So I’m assuming they took this data into consideration. Plus, first dose is highly effective anyways to begin with.

“The effectiveness of the first dose in the Pfizer and Moderna trials was about 85 per cent, even before the second dose was given. So, the thought experiment we need to consider is as follows: Does it makes sense to provide a second dose of vaccine to increase protection from 85 per cent to 95 per cent, while leaving an equal number of people with zero protection?”

Lastly, don’t forget that priority is usually age-based so they’re always front in line. They got their waaaaay earlier than the rest. Also, by the time that I (along with most of the population) get our turn, the elderly are already queued/qualified/scheduled for their second dose as we get ours.

Well the quick answer to the main question is up there in the first few paragraphs. If for some reason you don’t approve of this approach, well…~ok.

You can’t please everyone and someone will suffer one way or the other. These are all everyday challenges for government (the act of governing) and leadership. You have to make tough calls.

I think it’s working. Who knows, maybe this article won’t age well (hope not). I’m just here to answer the header title, not to judge if it’s the right decision or not.

Edit: Also, since we have less logistics problems, cooling demand, and tons of supply, appointments for second doses are opening up and the gap between the first and second are shorter. I, along with most people (I would like to think) are looking for earlier open slots. 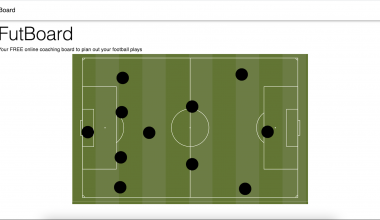