Know When to Stop/Quit Snowboarding for the Day

Ahh…I remember this one time when snowboarding taught me that “when you’re tired and you maxed out you’re energy tank, go home kid. Call it a day. Walk away while you still can” 😂 This article is perfect for you if you’re engaging in any physical activity actually and if you need someone else reminding you to stop doing what you’re doing already when you’re spent already before you get injured. I’ll be telling you my examples and experiences on how I’m constantly reminded of this rule. You’d think it’s pretty self-explanatory and straight to the point, but I definitely feel for the people who actually can’t stop what they’re doing because they’re doing the things they love. This is also how I screw my MCL from time to time in football ⚽️

I clearly remember the first time snowboarding taught me this whole life lesson. It was a night ski we were doing and the snow was a bit slushy. This was probably end of winter/towards spring so when the slushes pile on, it makes it easier for the snow to catch your board.

I was still using my K2 Fuse back then so it’s as forgiving, easy, and beginner-friendly as you can get. I have been snowboarding for hours already and then on this last run I was going faster than usual. It was manageable and I had control but then I saw from afar of this choppy snow so I had to do a hard stop just before I got to that. I slid to my heel edge and did a brake as hard as I can. My brain was saying “brake brake brake”! and I was doing all the mechanical motions to do it, but turns out I sooo drained my energy bar already that it wasn’t even registering through my legs anymore.

You know the sound of an electric razor running out of battery, or a car running out of gas? So it was like that! hahahaha! So as far as I was aware I was still trying to stop but in reality I had zero energy that I didn’t even have energy anymore to even lift and keep my toes lifted off the snow. It was slowly lowering itself and then BAM, it eventually connected to the snow and I caught edge and omg I catapulted myself to the ground (and it was hard snow).

I remember it was my stomach that first made contact on the ground and so I felt like I was gut-punched hard 😂 And remember I was going fast, that’s why I was trying to brake hard. So all those momentum just abruptly rotated 90º towards the earth 😂

This was around 2015, so what…6 years back? I thought I learned from my mistake and I thought I wouldn’t do that again.

Lo and Behold, the “Reminder”

This was just weeks back when I went snowboarding. This was after quarantine rules and things were closed. So when it opened guess who was soooo excited about it? I went hard on it. I went early, I ran tons of laps and I really made it worth it as if they’re gonna be closing for good for the reason.

So I knew and felt that I was spent already but me with this scarcity mindset, I told myself “you know what, I can do one more”. LITTLE DID I KNOW….

I broke my own rule, I knowingly gambled it, and surprise, it didn’t pay off 😂 I went to the terrain park and did jumps. Funny thing is that the last park lap we did, there was something sketchy on the ramps that made me take off wonky and barely landed properly. That was another big warning sign.

I ignored it because I didn’t want to be the guy blaming externalities when it was probably me. But yea, have that and combine it with fatigue…MM MM MM.

I took a jump, took off properly, landed properly but then I lost my balance soon after (fatigued) so I washed out, slipped, caught my toe edge again forcing me to fall front catapult myself straight to the ground again.

What’s worse this time around is it was in the terrain park, so it’s more dangerous. I’ve always harped about terrain park etiquettes and one of the most important ones is to not hang out on the landing (where I fell and collapsed). This rule definitely includes you even if you’re injured as well. You might make it worse for yourself by making people behind you to land/hit you unintentionally or causing harm to others by obstructing their path and them having to change course at high speeds.

The more direct concern was this time around, it was my chest/ribs that hit the ground first, unlike years ago when I was ’rounder’ and that my tummy was the airbag 😂 I also consciously made the decision to just outstretch my arms out, instead of catching my fall or putting it in front of my chest (I knew it was going to be a hard fall so I decided to not cause arm dislocations or the likes). Step outside and outstretch your arm and point to the sun/stars. And then now fall straight and flat on your face; that was my posture. It wasn’t meant to break/prevent the fall but just to shave off some of the force.

Guess what, it didn’t shave off much 😂 I was winded and I wasn’t able to breathe for probably a minute and my entire torso was just hurting really bad; the type that you know that if you take advil, it’ll just be enough to make the pain a little less painful. I also think the force was so strong and distributed evenly on my torso that it hit my tummy too and forced an acid reflux on me. So you’re entire torso is just hurting due to blunt trauma and then you’re esophagus is also burning inside omg.

Yummy. It took me an hour extra to drive home and I even took a rest/nap for 30mins because I was hurting so much 😂 I was also driving slow since I know my response time sucks and I wouldn’t even have the muscles to make abrupt decisions and changes 😂

There Are Things Outside of Your Control

See the problem here is there are things that are outside of your control. I’m not 18 any more so it’s not like I can go do a physical activity untrained, unconditioned, and not suffer any consequences.

So you may work out and exercise it out to prep yourself, but it’s not the same as the real thing; both in intensity and ranges of motion. For example, I can run and pump up my cardio but that doesn’t really make me a better snowboarder. It helps me indirectly by holding less weight, not getting tired too easily, and/or not gassing out when doing repetitive, intense actions.

Snowboarding is also like squats so you would think that squat exercises should be a direct training for it. Yes and no. Yes it’s the same motion…ish but when snowboarding you’re squatting while you’re doing it in a slippery object (so that’s a more intense core workout too).

I don’t have weights/gyms too so I’m just carrying my weight but when you’re going fast and momentum goes against you, you’ll feel like you’re carrying loads of weight…and then add the balancing.

Point is, it’s not directly the same. Also the overarching point is, you can kinda supplement yourself but you can never prep yourself unless you actually practice on the real thing, as in actual snowboarding.

I’ll wrap this cup now since I’m trying to make fries. In any activity, you’ll eventually find out your energy limit. The problem sometimes is you never know you’ve reached your limit…until you cross it. If you’re lucky, you’d only have to experience the consequence once, but if you’re like me who tempts fate every now and then, you’re up some earthbody-shattering awakening.

Stick to your gut and when you want/know when to call it a day, call it a day. Walk away while you still can. There’s always tomorrow. Go apres instead. It’s more fun. 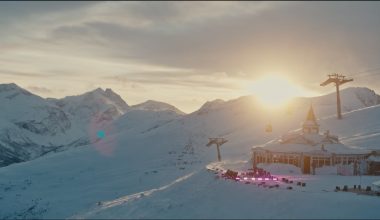 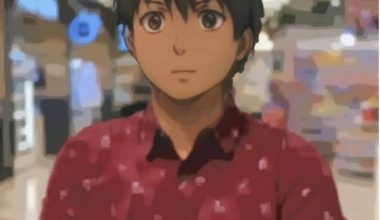