If you’re looking for Airhole’s Daily Ergonomic Mask (the one you use due to the pandemic), you can find it here.

This is a review for: Airhole Balaclava Classic Facemask, Black, Small/Medium

. Attached is a detailed-ish product review that I wrote for Airhole Facemasks. I was initially writing them a facebook message but I figured I’d write it here so it’s more detailed, neat, and illustrative.

Hi, I really really love products and I love that you guys are Canadian and part of Endeavor Snowboards right? Anyways, keep up the good job!

I just messaged to give you product feedback which I hope will help and improve your product even more:

I own one like this: https://can.airholefacemasks.com/collections/balaclavas/products/1718-balaclava-hinge-drytech-black but dark grey or something (I bought it from SportChek and can’t remember full product name; I guess you’ll recognize it in the photos that are attached below).

Anyways, I’ve been using that balaclava a lot and to start, I find that the hole tends to be too small. It’s normal when you wear it but when you account for heavy breathing because you’re panting and such, it becomes too small for air intake. And I know why, if it’s too big, then it let’s all the cold air up in your face when that’s what the balaclava is supposed to prevent. I don’t have a solution for this so I rely on you guys. I don’t know if it should be larger, if so, to what size, that’s probably a golden nugget for your product. If I’m using the product wrong let me know.

Continuing in the situation: I go for a run and midway/at the bottom I’m catching my breath. The hole is too small and I need more air. What do I do? I try to pull down the entire mask so I can expose my nose and my mouth so I can breath.

Unfortunately, I get difficulties doing this (and I know why too). I know that that slot was only meant to expose my eyes, not my face. So what ends up happening is either I don’t get to open up my mouth at all (take note: I’m still panting for air at this point) or I get to do it for two seconds then it snaps back up to my nose then I have it worse. The material is clogged on my nose then the actual airhole is not on my mouth (it’s on my chin; so now I can’t breathe).

So I was getting a bit frustrated with it after a while and I was about to rant why this mask is only giving me one way means of breathing (mouth) when us humans are meant to breathe in two ways (nose/mouth). Then ta-da, after owning this for 3 years, I just found out that there’s a slit for your nose a week or two ago (I guess that kind of hints how it’s not that obvious? )! I really want to say it’s user error. Again, I am not here to make you guys look/feel bad. I want the opposite. But I also want to use this product ergonomically.

Going back, I was wondering how I never noticed. Nevermind how I did not notice it visually (but that’s also a case for improvement) but I’m more concerned how and why I didn’t feel this the many times I used it? I should’ve felt some relief by my nose when I wanted to breathe. My nose should’ve poked out of that slit at least once in that 3 years, and that should’ve been obvious.

After studying and observing this facemask the whole afternoon, I think I have some leads why:

But as you can see in both of my photos already, it’s flat! it’s completely shut down. closed.

So the nose slot does not work at all and I can’t breathe through my nose. Maybe that’s why I’m putting a lot of emphasis on the actual airhole because that’s my only way of breathing.

There’s another reason why I have my finger in the photo. The way you cut that nose slot may have contribute or is possibly the main reason why it’s closed shut.
If you refer to my finger in the photo, first you can definitely see the where the hole is from the outside. The way it’s designed though is that the two flaps of fabric are overlapping.
The inner flap/fabric extend up to where the tip of my finger is! I see what you’re trying to do, but I don’t think it’s working.

Looking at my finger, if I wanted to make this work for me, the bottom of my nose should be in level with where the tip of my finger is right now. Even if that worked though, that would be too small of a fabric between my nose and eyes. That will then be the other problem. And, even if I get the positioning right, I would need a bigger nose! I don’t think my nose is small at all, but it feels like this will only work out mostly for people with prominent noses (so it actually pokes out that outer flap). I also  thought maybe I have a large size (even though the mask feels so fit already–good job btw). Maybe if it was smaller then the flaps or gaps would be smaller etc,  but nope, I looked at the tag, and it say S/M.

By the way, I really have difficulty breathing through my nose in this mask. It’s closed shut on me so the way I use this is that I actually pull the eye slot down to expose my nose every time. This is how I breathe. On the rare occasions that I can do away with just the hole, i’d still pull it down for extra air, also it tends to blow steam up my goggles even if it’s not underneath/inside the goggles.

Last and probably the least, is the fashion side of things. I’m not talking about the styles and art on the masks, but rather what the ‘hole design’ gives.

Well, you can add my teeth to your design for your 18/19 lineup LOL.

So we have the hole there, and I don’t think there’s an easy/natural/relaxed way for people to position their mouth/lips/teeth/tongue?. In the first image, this is connected to the nose problems we have above. I think if I had zero problems with the nose slot, I wouldn’t bring the first image up.

For the second image, if I just relax and let the mask pull my face back (or after I talk while wearing them), eventually my airhole looks like that 🙂 It’s funny and I would say this is coincidentally probably happening to just me ( my two front teeth is exactly the width of the airhole, he), but I’ll bring up the point anyways for anyone who might be experiencing this or for people who might.

I think this hole design limits the fashion/style aspect for the users. There’s no going around it. Even if you manage to solve the functional concerns above, you’d have to do it again and rethink with fashion in mind. I don’t care about the fashion of it, but I’m sure there’s a big % of your paying customers who are.

Teeth poking out, not nice to look at. A lip protruding, not sexy as well, top or bottom. If you try to show both of your lips, well sure it looks decent but it sounds stupid in theory to squeeze both of your lips in that tiny hole just to look ok. And this assumes you have the nose slot done right. Even if you look at the images on the internet, you can see my concerns there too. They probably have nicer teeth than me and it’s not poking out but when one shows teeth, even if it’s in your mouth, behind your lips, it’s not sexy. Visual arts-wise, your product will depend on the dental health and beauty of the user hehe. The only photogenic way of doing it is if you open your mouth and hide your lips that the person only sees the dark space in your mouth.

But again this part is aesthetics which is probably not important (compared to others). And other than the concerns above, I really like your product and I want you guys to succeed. It definitely is excellent in keeping me warm  when it’s -20 outside. I’d complain first about my torso being cold instead of my face when my face is more exposed. The fit, material, eye slots, everything. It’s awesome.

After my pickle with the said mask, I went to buy a Chaos CTRW Mistral Multitasker Pro Adult 2018.

After snowboarding for a day, it’s right and also wrong (slightly leaning to wrong):
The new mask has a lighter mesh BOTH for your mouth and your nose. The mesh on the mouth definitely works and it’s designed to be bigger than a person’s mouth so if you misaligned it a bit on your face, you’re still good.

Having said those, having an actual hole is STILL better than having a mesh at this point. The new mask fails harder when you’re panting and charging down the mountain. It’s hard to breathe on the mesh. There’s a mesh for your nose but they’re not that big and it’s just extra strain on your breathing/lungs to try and suck more air through a fabric.

Towards the end of the day, I found the perfect answer:

My new mask is multi-purpose. I can pull back the head part then it acts more like a facemask (covers neck to nose) rather than a balaclava (covers neck and your entire head). This is my answer for the season. If you’re experiencing the same problems as me on these types of “balaclavas”, I would suggest a face mask instead.

I thought they would be less warm and flimsy, etc. but after setting up my mask like that, it’s amazing.
It is definitely the same amount of warm surprisingly. It stops air coming in your jacket (if any). For my head, the helmet does the bulk of the job warming my head up. then when it comes to use, I just pull it up on my face when I’m in the lift with the wind blasting through me. When I’m strapped on and going down the hill, I have it as it is then when I start to heat and need more air, a quick grab and pull down, does the job excellently. Nothing beats breathing without any obstruction and I don’t need the heat at that moment since I’m burning up inside. When I reach the bottom and have cooled down a bit, I just pull it up again then cycle goes on. 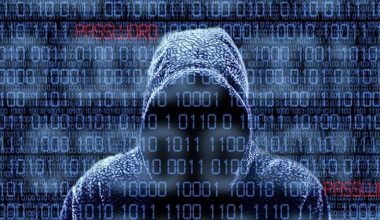 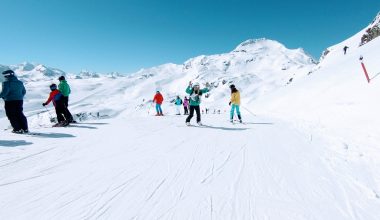