If you’ve stumbled here, you’ve probably asked yourself this question already: Should I blog, YouTube, or do Podcast?”. I’ve asked myself this question before. While it may seem that there are factors to consider, I’ve taken my time to simplify this question/problem for myself, and now for you as well. I’ve also arrived at a solution (as you can see I chose writing; something I film). Read on if you want to know how and it doesn’t really matter this point if you’re setting one up for a personal/lifestyle brand, a small business, or even a corporate purpose. I don’t also really need to know what it is you’re selling (because you ultimately are) since the simplified approach takes that out of the equation.

Here are my assumptions as to why you’re asking this just so we’re all in the same page throughout the conversation. I assume that:

Also, Something I Think You Should Unlearn

If before (or now) you’re asking yourself, “okay, well which avenue pays the most? When I figure that, then that’s the avenue that’s worth my time”. Well if you’re in that line of thinking, there are just so many things wrong in those statements.

First, I don’t need to elaborate to you how bad of an idea it is when you’re doing things just for the money. Even a person who works in a McDonalds are still doing it more than just the money. They probably like food or the perks of it. In the same minimum wage range, you could be picking up trash, in an auto shop, in a cafe, etc yet one would just McDonalds because they probably have some inclination to the food(? he) or brand.

Second, a certain media doesn’t necessarily mean it fits with what you have/can do. For example, let’s say that video is the format that will give you the most $$$ in return for what you are trying to do or achieve. Well, that could be the case, but what if you’re living with your parents? Or your apartment has noisy environment or dim lighting? You’re gonna spend first before you earn? Nah nah nah, don’t get back at me with investing and shi~ . That’s for stable people with a proper plan. You’re just starting and we all know what’s going to happen: you’ll probably buy a fancy camera, “invest” in lighting, get some videos out then realize how cut-throat it is then stop. “How’s that investing going?”. Don’t worry, I’m not judging you; I’ve come across this experience myself and I just learned from it. I’ll tell you soon.

So What’s the Solution?

What I’ve come to learn is that, you should have a proper assessment of what you have.By “what you have” I mean: equipments, do you have the devices, even proper internet, or mic/camera? Do you have someone doing video/sound editing or is it all you? You also should do a proper (AND REALISTIC) assessment of time (yep, that’s a resource you have). “How much can you dedicate per day or week?”. Remember this isn’t just a one-off project, this’ll have to be recurring and consistent if you ever want this to go big.

So ultimately you want to assess what you have and choose the media/format that you can actually do, maintain, and be consistent with all the things you currently have.

Take my experience for example, I’m trying to sell thoughts, valuable information, some would argue a lifestyle, but ultimately you can roll it up under branding. I initially wanted to do the filming and the YouTube route. Videos are the best medium to connect the best with people, you get to be seen and heard. It has more effect to the emotions of your viewers. You would then assume (as I did) that podcast would be the second best choice and then writing would be the last since it’s obsolete.

Well, the fact I’m writing now (and still) means there’s probably something for me here and I’m getting something out of it in return right? You’re right.

Being realistic, I knew the video and audio would be the most impactful but I also know that those two are the most time-demanding. Think about it. For filming, it’ll always have to be three stages (oversimplified): you have to 1. prepare your scripts, your attire, your stage, what/how you’re going to act, then 2. the actual recording process, then 3. the most time-consuming of all, the post-production/editing. Then for every minute you add to your video, your overall production time scales uncontrollably. That’s not “just 1 minute more” in your entire process. That’s another minute to prep for and edit!

For my personal life situation, I don’t have time for that. I have a full-time job, I am engaged in other passion projects, and I’ve finally got some semblance of work/life balance. There is nothing I would like to sacrifice or remove in my weekly schedule just to accommodate for this new (read: experimental) endeavour.

Let’s say you do the best “time management” skill you have and you’ve managed to carve out 10-20 hours per week for producing YouTube content (that’s 20hours per week, start to finish and you’re cranking out videos every week). Let’s say you’ve moved things so much and you say “it’ll probably be tight, but I think I can do it”.

BOY I HAVE SAID THAT SO MANY TIMES IN MY LIFE ALREADY. If that was true I’d be more ripped than Ryan Gosling in Crazy, Stupid Love.

Realistically though, if you’re schedule is too tight, you’re not going to make it? You’re not going to account for sick days or “more important things that come up”? How about vacation? Sure you halt for a week right? WRONG. What are you gonna do the following week, cram 2 weeks worth of work in a week? Or what, just not have one at that week? I’m guessing either you’ll have a crappy week off just to be consistent or you actually realize and rediscover the life outside your project and just give up on it overall. Either’s not ideal.

I chose writing because I definitely like casual writing (I don’t do professional writing) and it takes me 1-4 hours at max just to start something from start to finish. That’s writing, proofreading, searching/adding images, SEO optimization, and marketing it out there.

For the first three months I was like: “Pff, this is easy”. I even had 3-4 articles stored for future releases. But then after three months, life happens, things get busy at work, or even taking time off, next thing you know the reserve’s depleted and I’m going week by week! Oh yea, vacation takes it out too. For example when I do a weeks-worth of vacation I go from Friday night to the next Sunday night, really maximizing my vacation days. Well in one week of vacation days, that’s two weekends! So it consumes 2 of my backup entries already!

After a while I thought to myself, “phew, good thing I chose this one”. You have to account for these pauses or interruptions, if you don’t you’ll be blindsided later and these interruptions would be so overwhelming, it just might make you give up.

You want to start with the format the you can handle. In fact I’d even go so far that if you want, give yourself the permission to do the format where it’s lesser work and responsibility compared to your initial decision. This way, it’s easy to scale up. For example you want to do podcasting. If you want–especially now that you don’t have that decent podcast mic–why not write for now? You can publish it if you want. Maybe you end up liking it and sticking with it. Or maybe you don’t.

You can just write, write, and write as if you’re writing your script that you’re about to verbalize in your podcast. In that case you’re exercising, improving, and correcting any mistakes already even before you hit record. This way you’re organizing the preparing the content right now so that later all you have worry about is just the sound quality, volume, and the whol “audio-ness” of it.

Doing it the other way is difficult. You could start with YouTube then go steps down but I feel like in that approach, if you’ve given up on YouTube, I think most people just get defeated and crippled already that the other formats/options are not even considered at all. I mean I get it. If you were set that YouTube was the moneymaker and you blew it, why invest precious time to formats (that you think) pay less in ROI?

Lastly, it’s funny how people always offer things in “either-or” scenarios. They’re always like: “if you were to travel, would you pick Greece or Thailand” for example. Most people who receive this types of question always feel chained the either options. Why not think of it this way and when someone asks you this, rephrase it as this:

“If I were to travel [this year], which would I pick?”

This assumes that you’re currently just deciding just for this year. Then whatever the other is, of course you can visit them later!!! It’s not like Greece is going to disappear from the face of the Earth if you picked Thailand.

So same thing with the three formats. Pick the one that’s most manageable or fitting to your current life situation. If anything it’ll be easier to upgrade and transition to a more time-consuming format if you really want/have to.

I do this. I mostly write and I enjoy and I’m happy with it. Every now and then I’d make a YouTube video, out of experimentation, or maybe I’m discussing something that’s better delivered in a video format. Or sometimes I just make one because I’m lucking out with natural light in my apartment 🙂 And then when it gets heavy (and trust me it will), I have no problems rolling back to writing since I didn’t really commit or position myself to stick to YouTube.

Whichever you pick, I wish you the best of your endeavours and I hope this article helped! Don’t try reverse-engineering it and asking “which one makes more money, then I’ll do that”. One thing I’ll suggest though is make sure you’re providing value. That’s the “SLA” I try to live by. In addition, make sure to check yourself first before you start broadcasting. If you’re a piece-of-shit person, you’ll still be a piece of shit after the fact, and you’ll just be spreading your pos-ness all over. Don’t be a Trump. 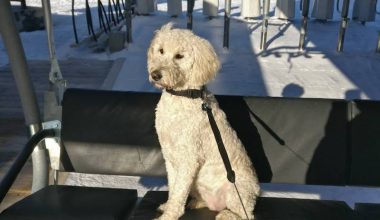