How to Save Money From Your Phone Bill

So when I was a teen and I shopped for my very first Android phone + phone plan, I was so proud of myself! Finance and budget-wise was, I was happy with it since it was as cheap as I could get everything. This was really early when people didn’t know much yet of smartphones. Apple iPhone first gen just came out. Throughout university, it was definitely affordable but I’m trying to remember what phone it was but when I got my phone from my provider, it was just a normal Android. It was neither top-of-the-line, nor shittiest (“flagship” phones were not a thing yet). I’ve been riding iPhone for a bit already for a while and I got that one from work, but then when I bought mine, I knew I wanted an Android, but I didn’t care much of the hardware. This time, I wanted to upgrade and treat myself so I was eyeing
Google’s Nexus 5!

I was lusting over this phone however it was not a phone available as an upgrade with my provider. In fact, the phone was not available at all in any Canadian telecoms / tech stores. It was a phone you buy only directly from Google.

And so I did and at this point I still had no intention yet of “cutting down my phone bill”. It was still cheap (at least manageable) to begin with. But after I’ve bought it, I’ve found so many advantages to it; “it” being owning a phone you like plus cutting down expenses on your bill. Hey, any $ you save whether you care or not, is another $ you can use for anything else that makes you happy right?

First, the Liberty of Choosing Your Own Phone

This is the most obvious of them all. If you actually shop online and look for that ideal smartphone that fits your wants/needs/lifestyle, there are so many to choose from! Also, when you’re looking around online, what I mean is specifically shopping from the website of the phone manufacturers. I’m talking about Samsung, LG, Nokia, HTC, etc. This is important. Do not shop from a telecoms/phone plan provider (E.g.: AT&T, Rogers, Telenor–yea I know you 😉 )

Why? Because if you shop from them, usually–if not required–they will need you to buy a phone plan with them as well. You can’t just buy just the phone from them. If by any chance you could (since I don’t know how it works internationally completely) usually the phone they will give you is locked.

What is locked? You know when you buy phone with/through a phone plan, the provider can and will encourage you to upgrade BUT you can’t use the phone with any other provider? That’s what I mean with “locked”. You can unlock it through some shop somewhere, but why not just start unlocked to begin with right?

So that’s what you get if you buy the phone straight from the phone manufacturer; by default they’re unlocked. Of course, they wouldn’t know and they have no control which provider you would be using.

The other benefit with unlocked phones is that you can switch sim cards (so phone plans/telecoms) on the fly. This is perfect for when you travel. When you do that backpacking or long trips in Europe, just pocket your sim card and buy a local sim card and reap the beautiful, low, low fees of European telecoms (at least compared to Canada’s).

When you buy a phone plan (at least here in Canada), you’re probably going to be buying an actual device as well. This whole “buying your phone separately” is not a known approach. I’ve been suggesting this to many people for so long already!!! So going back, you’d buy a phone. It usually is a mid/top-tier phone and in order to soften the bill and get you to committing to a contract using your phone immediately they split the payments in X months right? They then bake it in your monthly price. The price is my next point but with regards to contracts, this is the (one of the many) reason why they’re locking you to a 2-3 year plan: because technically you still haven’t paid for the phone yet.

If you were like me, when I was a teen, I just thought that phone plans are priced monthly because you know, it’s something you continuously use anyways. There’s some sense to that, also they need you in a recurring bill just in case you overuse those data, minutes, etc, right? But turns out these aren’t the main cause. It’s the phone!

Where am I getting these info? Well, this is how it was broken down to me when I was shopping for my new phone plan after I got my own phone. If you own your own phone and it’s open line (meaning you can use any telecom provider in there), you are NOT required to buy a phone plan with a fixed term (e.g.: 2-3 year contracts). Yup, true story.

I guess this would be the biggest factor in the conversation right? Well I’m happy to tell you that it definitely lowers down your bill in so many ways.

First, when a company (ANY company) sells you anything with a payment schedule, you can bet your Goulash that they’re not going to spread that payment for free. For sure they’ll offer you this “perk” by putting interest on it. So if you don’t have anything to pay for with a payment schedule, then there’s no interest. That interest is technically an additional ‘fee’ if you will, right? It’s not something you anticipated and it doesn’t really add value to you using that phone/plan.

Apart from the fee that you save, you also save on the phone. This I can’t explain why but somehow, sometimes it’s cheaper to buy straight from the phone manufacturer than through a Best Buy or a telecoms provider. So this is an easy sell. Buy straight and you get lower price tag and you have all these nice and fancy packaging and all. It’s like opening a Christmas gift!

Last but not the least, this is the biggest advantage I’ve experienced and this is really what made me say, “here, take (less of) my money!”.

When I shopped for a new phone plan, I remember holding a pamphlet; a breakdown of all the phone plan tiers they offer. In this pamphlet, they had a separate table/breakdown for users not locked in a plan. No, this is not the pay-as-you-go nor prepaid plan. It’s really just the same as the post-paid ones, but they have a different place “for you guys”.

This might be a little frustrating since I can’t remember the full details but I swear I attest to this.

In this “separate section”, it seems to carry much flexible options and it’s cheaper. I know, I was weirded out too. I would’ve expected that they’d take care of the locked-in people, but uhh…yea.

So first when I say flexible, you know how phone plans are so rigged right now? For example, they’d offer the “lowest tier” but in this lowest tier, it has no data and it has barely any survivable features. Like you’re almost guaranteed to pay overage fees.
Then the second tier would be a good offer, and then the next best tier is like a big jump. E.g.: if the second lowest offers 5GB of data, the next one is 15GB. So the pricing and marketing of it is trying to work you out: of course you’d go for the 15GM because you don’t want to risk it and pay overage fees. And then sometimes there are variations of these where you have good data but then you have almost 0 minutes so again they’re playing the fear in you of “you might get important, long calls later”. Ultimately, they just want you to buy the top tier basically.

As for the pricing, at first I was surprised and I can’t believe it. And then I remembered, “ah well, if you don’t have the price of the device in your monthly, then yes it’s cheaper”. So that’s what I believed and definitely that will be the case, but I can’t tell you the specific figures but I know and I fully remember that the math doesn’t check out.

Say you have $50/month on your bill; and this is just for the phone plan, not with the phone. If you bought a phone with it, there would be an additional $25/month. That’s $75/month in total. So that means I can expect a $50 bill for me then right? Turns out in that separate section, my monthly is $35?! That’s exactly the same features, same amounts of data, minutes, etc. But when I did the math and compared:
a plan + phone in the provider vs
a plan + the exact same phone but I would buy it separately,
you would expect it to be the same, but nope, it’s inexplicable cheaper if you just buy your own phone. I remember double and triple checking this with the sales person. So I’m not making it up nor interpreting it wrong. I understood it, checked the math, and still double/triple check with the lady and yes “this is the price you get (lower) if you have your own phone”. Honestly after that, I signed right away before she changes her mind or something. I was like this lady in Ikea.

So again, I can’t explain it but I remember making that calculation and it was still way cheaper. Yes, I accounted for foreign exchange, MSRP, maybe a % off if they buy the phone in bulk, the $ monthly of buying the phone with them etc and I was just…YUS. WHAT A DEAL.

A disclaimer though that this was around 2011/12 so I don’t know if this is still the case, if they changed it, if the rules changed, etc.

Usually when you buy a phone through a telecom provider, they install shit for you (bloatware). These are the apps with their brand that you cannot delete. If you buy an Android too, they modify the Android OS itself which screws up performance, storage space, and update procedures.

If you buy straight from the manucturer, well you still get it, but less of it.

That’s why when you buy your Samsung phone from Rogers, you see these Samsung and Rogers app preinstalled. Usually they’re redundant or useless and you can’t uninstall them. So it eats up space when you want photos and videos and it’s hard to update because when Google sends out an OS update, it has to follow the same process: send to manufacturers first, make sure the shit they added won’t break after the google update and then the telecoms will get the update making sure that Google’s AND manufacturer’s update doesn’t interfere with their updates.

That’s why you have the Google Nexus / Pixel lines 😀 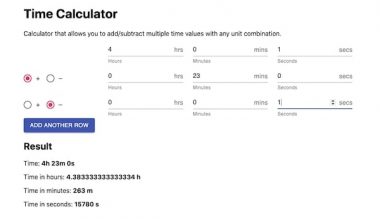