The Constant Tug-of-War Between Living Life and Career Progression

I will tell you right now, I don’t have the answer (edit: turns out I did). I’m constantly going through it and as I’m sure other people are too. I think this is a lifetime struggle nevertheless I hope there’s some resolution that I (we) are not always in the middle; always in constant tension and having to constantly decide between life and career.

Let me explain where I’m coming from and what my current state is: When I was in university, my life goal was just to secure a cool and progressive tech job, live in Liberty Village in Toronto, then have a luxurious lifestyle eventually. I thought I knew everything; I thought I had everything figured out and I’m just ticking off boxes. Boy was I wrong. I started travelling. There were things I didn’t know. I realized and learned that this is a (very) good thing. Imagine if life can be figured out in 20 years or so? How boring would the rest be right? Most of those things I didn’t know were good. Sure there are bad too, but the potential and the “good” things in the future awaiting you, it’s just majestic. They’re worth the effort.

Well now, I’m living life. I am thankful for what I have and can do. I do not have a lot and I am not rich, but I make use of my brains to move things around. I’ve made lots of mistakes but we all manage.

I want to constantly travel but that requires resources. I also know that travelling alone will not make me happy as a whole person. I will also need satisfaction in success and in achieving something. I want to improve my career but there’s also the question “efficiency” (ugh Dan, so technical). Higher position doesn’t necessarily mean more happiness. Yes it’s more money, but there’s also more stress and other undesired effects.

There’s a study that there’s a certain $ amount of salary you can have to be happy. Sure beyond that bracket, you can still progress and earn more but beyond that, it becomes disproportionate. You will be doing bad trades. you’ll be getting a 50% more raise for example but your time dedication or stress spikes up to 200%. It then makes you wonder if it’s worth it right?

Well, as the title says, we’re in the constant stress (physics term) of life and career. I don’t think there’s a magic bullet for this one. You can’t just give your all to 1 side and then swing to the next. Well you can, but it’s not a complete solution, meaning it’s not like you can do that and then the problem will permanently go away forever. At best, you do those heavy swings then you’ll have to do it again.

You can’t just work for 20 years after uni and stash money and then go H.A.M after that. Sure you’ll have the money, but how’s that 20 year (age 20-40) that you will never get back right? Actually I may be wrong, Graham Steven shows it’s possible. But then again he’s on the extreme/frugal side right? I could’ve pulled that off but that would mean I would have to erase 80-90% of my experiences during my lifetime (hell naw).

Conversely you can’t go all Y.O.L.O. then be broke and struggling from age 30-40. Sure you can catch up, but you’ll be in a constant catch-up mode after that, not to mention agism, and the natural phenomenon that as you grow wiser, you just “I don’t want to go through this shit”. That last part is normal and fine. I’m on that too, ish.

I Actually Have an Answer

It doesn’t solve the struggle, but it’s an answer. If and when you get to this point, the answer to it all is gratitude. Yup. Express it through religion, or by morals, or just by being a good human being.

Here, to put this in your perspective, it’s very “first-world problem” if you get to this situation. If you’re at this point it means you have a paying job, food, a roof on your head, etc. You can afford to other things beyond the first level of Maslow’s Hierarchy of Needs. There are people starving, nations warring each other and having victims and refugees, people losing basic necessities like food, water, or shelter, middle class having difficulty finding jobs, the difficulty of re-skilling, etc…and here we are, yappin’ about some of our privilege. Don’t wait for any of these to happen to you.

“There’s always something doing worse than you”

“There’s always a reason to be thankful for”

Being thankful levels you. It gives (it should) give you perspective. Peace of mind comes. When you genuinely realize what you have, you get ultimately what you were looking for out of the struggle between life and career: happiness.

Don’t get me wrong, I’m not nudging you to complacency or settling in life and career. That’s another level for all of us later and that’s another thing for us to tackle later.

The tug-of-war is a means, it’s a way, it’s not the end. Leave it there. Let it exist. If not, this article would’ve been entitled “Why is life boring or why does it lack purpose?”. It’s hard to accept these at this point even for me but I know that every time I rise out of this rut, gratitude and being thankful for the simplest things always lead me to happiness and contentment. 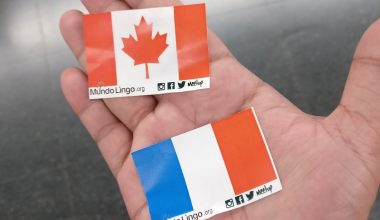 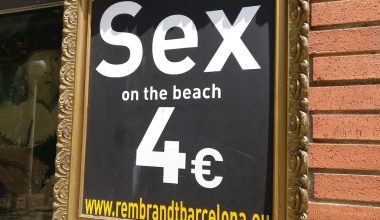