Why Learn Another Language? What are the Advantages?

Did you know that most citizens of most nations are at least trilingual? Yup. Most of the time I travel, it’s either they only know one or they know three. Yes of course there are bilingual people. But it’s either they learned two early on in life (e.g.: friends born in Québec/Montreal, they know English/French off the bat, so learning the “third” is kind of like a “second”) and they’re closing on their third. “So what?” Well, there’s really nothing wrong speaking one language but I can tell you, you get to live a richer, fuller life if you at least speak uno mas. You get to understand more of other cultures, nations, or even the world. You get to communicate and relate with them too. Here I tell you the advantages and the good things on why to learn a language. Don’t procrastinate on this and mention this as a regret on your death bed.

If you actually google thing’s like “smart things to invest in”, you’d actually be surprised that many articles will actually and legitimately suggest that you invest in yourself. Because it’s true. Whatever you earn from this will forever be with you and you can never ever lose it. Most of the time whatever you invest in helps you, improves you, and makes a better person.

There’s an event I always go to when I travel (and assuming they have it in the same city I’m in). It’s called Mundo Lingo! It’s a weekly language/social event held in major cities across the globe (e.g.: Toronto, Buenos Aires, Barcelona, Copenhagen, Geneva, NYC, you name it!). You go there, it’s free, and they give out these flag stickers! You get the flags of the languages that you speak! Top most is the most fluent! It’s cool, I learn a lot about the city, the culture, and I get to practice my french.

You Get to Have a Better Experience When Travelling

You know how it is when you’re travelling right? Most locals in tourist destinations are sick and tired of tourists already, that’s why you get the pissy experience when you go. What if I told you you can make your experience better for you and the locals simultaneously?

Yes, it can be alleviated by speaking their language. Don’t worry, you don’t need to be fluent, but there’s a certain level you’d want to be in. It’s that level that shows you are interested, trying, and open-minded enough to consider those. Let me give you an example:

When I was in Nice, France, I stayed in an airbnb of this lady. She has this mansion-esque house and then she divided it to have rooms for airbnb. Upon arriving, I chatted her up for a bit, in french. I’m sure it’s not perfect and for her it’s just broken, messed up french, but I really was trying!

I was able to hold a decent amount of conversation with her. I was able to ask what she does, we talked about how nice and big her house is, places to go, rules and regs of her place, all in french! But apart from that, I was invited to her birthday celebration (same house). She had friends and family over and I basically got to know and talk to everyone! Remember when you always say “I want a genuine/authentic/spontaneous local experience when I travel”; that’s all that! And it was possible because I made an effort!

I formally studied french and I genuinely am trying to improve. But even if you haven’t formally studied the local language, learning hi/hello, please, thank you, daily greeting, etc goes a long way! Name dropping some streets and trying to pronounce them in the local accent/language also goes a long way! As you travel, you get to learn basic words (e.g.: You always see entrada / salida in the spanish-speaking airports). So why not squeeze those in when it makes sense? Sometimes, you can even force it to create rapport (not to show off). For example if you’re anywhere in Spain, you can then incorporate those words! You can ask “where is the entrada for X” or if you’re inside an establishment you can ask “where is the salida?” (even if you know where it is; you’re just trying to practice hehe)

It Expands Your Life

I’ve always wanted living an international life so I may be biased with this, but hey, these don’t make it any less true:

You expand your network, social circle, culture, and boundaries by travelling, as in physically moving yourself. A good supplement is also learning another language.

-Me, I’m starting that shi~

You’ve always wanted to connect with locals. Well that’s not gonna happen by just seeing them when you go. You have to talk to them, but what if they don’t want to speak in English? Right?

It’s always been my goal as a kid to have international friends. I’d say I’ve done well so far. I have close friends in Philippines, Australia, Switzerland, Germany, Poland, Canada, and so on! I don’t speak their language, but word-dropping some German words I learned in Duolingo and using some Polish expressions I learned from my Polish friends here go a long way in creating meaningful conversations in everyday life and travels!

You Understand the (People of the) World Better

Of course when you try to learn a language, you’d want to learn as much of the words you hear so that you can converse. Eventually, you’d come up with culture-specific words, that when you ask and when someone explains, you get learn about their culture. Here are my experience:

You Get to Live Multiple Lives

Personally, this is the biggest reason for me. This makes it exciting and motivating for me. In a way, it’s like the summation of the other items but it’s more than that. This is also more effective if you pair language-learning with actual travelling, preferably in long periods of time.

Think of it this way: you were born in a certain place, in a certain time. You embody that place’s culture. With that, you learn a specific language and way to do things. Had you been born in a different nation, you would have “a different life”; your language, situation, outlook in life, etc would all be different. You will be in every way different and separate from the current you.

Now as you grow older and wiser and also have the means to be independent, you get to learn languages and/or travel. If you truly immerse yourself when doing these things, you actually get to “live that live you couldn’t have had otherwise” while also bypassing the years of growing up etc. You get to bypass those and go straight to the good stuff!

You learn different perspectives, way of thinking, and responses to things that life throws at you! If you stay long enough, you learn to how to communicate with the locals (both verbally and communicating ideas across), you internalize their culture, and you become one of them. It’s a great feeling I tell you. Don’t worry, you’re not abandoning your previous identity, you’re just adding another one. More of that in a separate article.

Ultimately you grow, you become a better person, and you become worldly. Win-win for you and for the world.

Extra: Language Goal of Mine

Side note: I’ve always wanted to rage in french like a local with all the words and hand gestures, then break character then: “AHHH, got you! I’m just messing with you man. I’ve always wanted to do that” LOL.
There is also something about a spanish woman raging at you going full-on spanish and I’m sure they’re saying the meanest things but since you don’t understand, all you’re thinking is: “God that accent is hot con passion” LOL 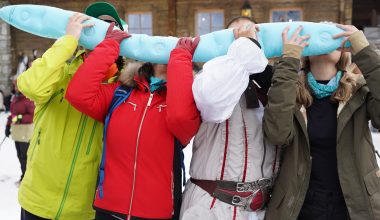 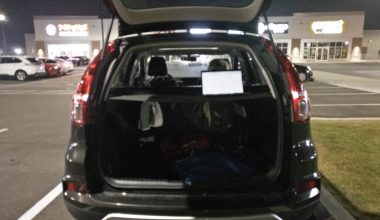