Let me narrow down this broad topic: Today I want to talk how part time jobs are perceived, internationally. I want to share about how it’s perceived in different places and why I think there should not be any stigma on part time jobs, no matter where you live in this earth. This is the university me trying to change the world in this perception 🙂

In Philippines where I grew up I was highly, heavily discouraged not to work tables, be a coffee person (barista was not a term then lol), or just someone working restaurants. It’s not just my parents but the entire society there, even friends. It’s frowned upon and it’s perceived as “the job that uneducated people take to which they usually take this full time and this becomes their career forever.”

(There is nothing wrong at all and I do not judge you if you are holding an entry-level job in the hospitality industry. Everybody has their own circumstances and stories in their life honestly. Some people are just starting out, some people just unlucky drew the short end of the stick in life, and some are wrapping up their working career; it can be anything. I don’t frown upon it and so should you . At the same time I wouldn’t be myself if I didn’t tell you to advance, grow, and aim higher if life allows you to. I want you to want what’s best for you, if you still haven’t)

As a kid, I was of course confused. I understood early on that if I wanted things, it requires money. Money comes from jobs (business, etc didn’t come much later in life). So if I’m working whatever (so long as it’s not illegal or immoral) just to get to afford things…what’s wrong?

I never got my answer and schooling just got busier so I totally forgot about this until we moved to Canada.

After Moving to Canada

After migrating, you’re really starting from scratch in all ways. I knew that finding jobs for me is difficult. Finding jobs in general will be (since we’re the noobies), and I can only imagine with the things I hear for older adults. It is not fair and it’s just stupid to expect our parents to provide. We were never brought up that way anyways. And so the topic of working, at least part time, came up again.

I was more determined than ever (mostly because you have to) and knowing that this is going to be a more open-minded society, I knew I was going to have less problems with the stigma.

In contrast to Philippines’ (and other countries) perception of part-time jobs, North America (and I’d say most established and more civilized countries have no stigma to part time jobs).

It’s like what you see in movies: kid reaches 18 or university, parents lowhigh-key kick them out (lovingly), they get jobs in Mcdonalds, coffee shops, be a waitress, run newspaper routes, etc. It’s just part of life. There is no shame in it at all. To be fair, there is still shaming and people will judge you if you’ve been working popcorns in the theatre for 10 years. But let’s be smart here: the job position has nothing to do with any of the shame. People are judging you, not the job, because to them it shows a lack of progress, growth, maturity on your part.

I know it’s hard to comprehend this if you’re coming from the “conservative” perception since you’d revert to your stigma as a reaction. Let’s put it this way: if you’re hungry, you eat. This is the simple logic that runs in that perception.

To be fair though, it IS Marion Cotillard…soo….

The more I travel though, the more I learned that a waitress in one country is no different than another. Not in the way that waitresses should be sensationalized, but waitresses in other established countries actually know the reality of it: this is not their career, this job will not be able to afford them ski trips, you can’t have a thriving, high-value relationship with this job (and of course they want and plan to grow)

En Continu with the Story

So we moved to Canada, I enrolled myself in a university, shortly after that, I worked in a coffee shop (Second Cup)! I LOOOVED MY ENTIRE EXPERIENCE THERE. Sure it solves the money part but for me, there were just so many things I can get out of it instead of just worrying about money and stigma:

And yea, I learned a lot. I got everything I wanted. I got paid, life was good. Here’s a university student who can afford to do things and proudly say that I WORKED FOR EVERYTHING AND I DID NOT TAKE OUT “LOANS” FROM BANCO DE MAMA Y PAPA. HUZZAH.

This is just a section of my life. I was working a barista job, I was also working part time as a web designer in the university and I was also working part time outside. From my goals, Second Cup will teach me people skills, and of course the technical ones will drive me to my actual career and specialization. I don’t plan on being a barista for long and at the same time I find no fault in the job, the society, the system.

Ok So What?
What’s My Take Away from This?

If you’re living in a country where part time jobs are still frowned upon, that shouldn’t be the case. If you’re the one looking for a part time job, don’t let others phase you. Otherwise, do not continue to contribute to the problem.

It’s just simple logic: if you’re hungry, eat. If you want/need money, work. There is no harm/shame in part time jobs.

You’d be surprised that just by changing your perception, you can actually change the people and society around you. Apart from making everyone feel better and letting them work and get what they want, you’re actually enabling a society that allows for compensated learning. These sorts of jobs teach a great deal of lessons for any person: how to earn money, how to value money, budgeting, spending, etc. Outside the financial conversation, these teach people how to socialize, connect and deal with people, stress manage, or like what if a customer is giving you a hard time, etc.

On a larger, organized society level, the more people work, the more money your government will have (which I hope will come back to you guys as social services). Oh man, government’s another big topic…

The more people are employed the more money your region/country gets. At the same time, you spend lesser on social securities like homelessness, housing, crime handling, etc.

Like these are obvious things, I don’t know why other countries don’t see this when it’s pretty obvious. It’s hiding in plain sight! It drives me up against the wall really. 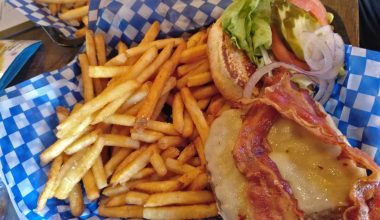 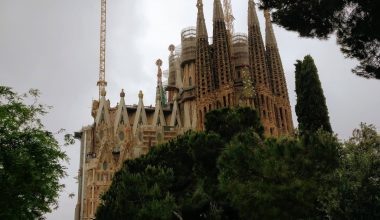