How to Eat Better (and change your habits)

Health and fitness are important for many obvious and/or important reasons. If you’re like me, you’ve aspired to have a healthier(and/or better-looking body) but you know the rule of the universe: either you work out and exert a lot of physical effort or you control your eating, both in quantity and quality. You’re probably thinking that neither of this fits your lifestyle a-la “who wants to live a life like that” right? It’s that feeling that you have to give up something to gain something (which is a fact of life) yet for some reason we’re not ready to make trades just yet, right? Well, what if told you that there really isn’t much to give up, and if there were, those are actually negligible things that you yourself would be more than fine letting go later on? Alright, let’s explore how to eat better and improve our eating habits!

I have this one approach and it’s the simplest thing for me (and for you) and I find that I find the most success with it. I call it:

(as in potato chips, not fries for you Brits lol)

Basically the premise of this method is that when you’re eating a bag of chips for example, you want to get to the last chip….and then just leave it. That’s it. You can leave now lol.

It’s a simple act but there are many layers of reasoning and explanations to this. The more you learn them, the more it’ll be easier and natural for you to implement it.

It could be anything that you’re into: maybe you’re eating a Mcdonald’s large fries or a piece of cake. Don’t go be a hero though and eat a 12-piece wings and have to leave the last one. A piece of wing is still too much to give up. The point you want to do here is you want to do a negligible amount.

At this point, you have to give yourself the permission to cheat. For example if you’re practicing on a cake, ideally you’d want to leave behind a fork’s worth of serving. Go ahead and cheat a little: eat all the good or creamy parts and leave the sponge part as your “last chip”. Come to think of it, it’s really a “cheat” but rather, it’s part of the process I’ve set out for this method.

Edit: As you can see, this is essentially a gradual “staving off” of…~I don’t want to say just junk food but rather calories in general that you take in. You could not be eating bags of chips but if you’re downing medium pizzas twice a week, then it’s the same (or heavier).

On the more pro-active side of things, you can also copy and reverse the process for healthy food! You can do this once you’ve succeeded in cutting down the junk or you can do it in tandem. It’s your call. Remember that you just don’t want to overwhelm and freak out yourself. Think a man/woman accidentally hearing the word relationship during the first few dates: they’ll mentally panic, freak, and storm out. So that’s what you do: not even a tiny hint of overwhelming feeling from you, to you.

Start with maybe asking a couple more leafy greens in your burger. Next time, order a healthy side in your meal on top of everything. Next, order that green side instead of fries. Next maybe ordering a little bit more veg and less sauce in your Subway sandwich. Something like those.

Remember that you just want to change habits. You will NOT be giving these delicious food up. For example, you may want to eventually downsize your fries sides in mcdonalds. That would show progress! If you can switch it with something healthier, better! But for me, I love McDonalds fries too! So I would go through this method and exercise and then once I’m done and I’ve changed habits, I can go back to this, but this time on a regular pace and on a controlled urge. You’d be surprised that maybe at that point you won’t need to restrain and hold yourself back later on. You’d naturally just want a regular-sized fries instead of a larger one and you wouldn’t even feel bad about it.

At this point I should also clarify and explain to you the objective: Your objective is to NOT control your calories. I’m not trying to introduce a workout or diet routine to you. Your goal is to change your habit. That’s it. If you change yours and somehow you still are the same as when you started, that’s still a success! Changing your habit: that’s all what we’re trying to do here.

How Long Should It Take?

So when you start doing this, I want you to not even think about the end goals. Don’t think how long it would take you, don’t think when/where’s the end goal. Just do it.

The answer to what you’re looking for is actually related to the next section, so I’ll answer that there. But I will tell you the duration to my experience:

I started thinking and planning around January. I did a proper implementation of this March. It’s almost December now lol. For some, they get intimated that “omg it takes too long”. It’s because I took my time and I really really tried to bake it in my routine without having to feel like “I’m not being myself”. I was also not in a rush because as I’ve said, this is not an effort to lose weight, this is an effort to change habits. That is why I keep on telling you that when you start, start with negligible amounts. I’m not giving you an option. That’s the process I’d want you to do.

Also remember that you’re (probably) changing 2-3 decade’s worth of habits so it’s only natural to NOT be able to change these in a couple of days/weeks.

When Is It a Success?

It’s a success when you’ve changed your habit. LOL. I know, I know. It’s immeasurable and it’s not quite quantifiable. I did have some system of measure for myself though and that’s when I called it as a success.

As you get more and more success with it, you’d want to also snowball the effect. When you’ve mastered the “last chip”, bump it up by leaving two….then three, and so on. I called it a mini success at one point when I’ve left a good amount of chips one time that I had to roll it up to be consumed later on. Then when that “next time” rolls in, give yourself permission and eat that (if you still want to). Do this 2-5 times and this would be another mini-success! Later on you’d feel less and less desire to finish those “round 2 bags” and with that I would call it as a FINAL SUCCESS when you decide to throw the bag of chips instead of eating it. That’s what I did. I would say you’ve finally changed your habit! CONGRATULATIONS!

When it happened to me, I had less desire to finish it and at the same time with all these progress I’ve been eating and meal prepping better AND I CAN SEE RESULTS. So I get into situations where I ask myself: “do I want to finish this bag of chips to make good use of the cents I’ve paid for it, or should I just enjoy this delicious poké bowl I’ve prepared for myself?”. Delicious poke bowls or sushi burritos man, it’s an obvious answer…

If you’ve been wanting to feel and/or look good, I suggest you give this a try. Let me know how it tracks for you. Once you succeed on this, trust me, it becomes way easier to say no on some other things. You don’t even have to wait for the “final success step”. You don’t even need to do it exactly at the same duration I did. Maybe you can do it faster, in a couple of weeks? As you go through it, you’ll notice gradual progress and when you reach your own half-way point. For example, you should have noticeable mental/behavioural changes and improvements already by then. You should be able to tell yourself that this time around you’re better at restraint and control. It doesn’t mean staving off snacks, but if you were tempted several times and you said no three times, that’s a success in my books! That’s better than the auto-yes you’ve had before!

The final step isn’t necessary but I just wanted to draw a line for myself, a closure and an ending to the process; a measure of success 🙂 Also, why not share this with your friends and go through this whole process together. It should make it more fun! 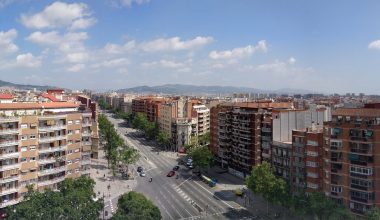