Hello hello! Here’s another winter-y article for you and this is perfect if you’re looking for your next warm, performant, premium, long-term, dependable winter boots! When we say “winter” in this article, we’re talking about single-digit-degree-celsius type of winter with moderate to heavy snowfall; not like a ‘mild winter’ close to the equator. That said, let’s get on with it and here’s the review of Timberland Men’s Icon 6-Inch Premium Winter Boots

Quick note: I’ve worn several pairs of foot wear for the past decade during winter (most of them not suitable for winter since I was in denial) but after a while I’ve greatly considered investing in proper winter boots. I do a lot of winter activities anyways. One/most of my basis for my comparison would be WOOLRICH Men’s Fully Wooly Lace Snow Boot Black

. That pair was a beast. It was ultra warm. I would rate it as 20 out of 10 in all scales. I felt I can use that in the arctic and I loved that pair. Anyways, that’s the bar and that’s how I’m mostly comparing Timberlands with, fyi.

Well how else am I going to say it, I love how it looks. I think it’s clean, stylish, simple, and still have that fashion impact! I got the Nubuck black. There’s are two additional colour options: their signature wheat(yellow-y) colour and burgundy. My second choice would’ve been the burgundy if ever. Their traditional colour is…~the colour just stand out too much. It’s easily identifiable and it feels like it’s sticking out; something people would immediately notice when they see you compared to the other options wherein this looks like it blends and works with your outfit.

Before, I’ve always pictured winter boots as this “outdoor” boots that are usually sh#tty looking and it should always be that way. Well in an ideal world, people would have their winter boots then have a separate indoor pair. People actually do that. Usually they’d leave/have their dress shoes in the office and switch there. But outside the workplace, I wouldn’t want to have a ‘different shoe’ for every occassion(and location) lol. That’s too much.

This style answers that. Going for a ski trip with some fancy après? No problem. Heading for a party in a restaurant in a snowing city? Easy.

If my actual picture looks more on the lighter/faded look that what you see online, that it true actually. I tested the boots out as is but after several tries I added a Nikwax Nubuck and Suede Proof Waterproofing

spray on it to make the waterproofing last longer. The bottle says that the material may look darker after spray it but I think I’ve sprayed too much so now it’s lighter and I can even see my spray pattern 😂 .

10/10 . ‘Nuff said. Ps, this product has a 400 grams of PrimaLoft® insulation in its construction (one of the several things that separate the Premium boot with the Timberland 6″ BASIC, Wheat Nubuck, Unisex

The moment I got it, I wore it right away and just started wandering outside. I had the same comment as how I would review and rate jackets: if you wear it and then you instantly feel warm(borderline too hot right away), that’s a very good sign.

I walked it around, intentionally stepped and walked on cm’s of snow, kicked some around, really just pushed it. It held. It was warm. You know when you’re wearing normal, casual shoes and you accidentally get some snow on top of your foot, you can instantly tell because that part starts to get cold? Yea, this one doesn’t do that.

The only experiment I didn’t get to conduct is to really walk on so much snow that it is ankle deep (it’s early December at the time of reviewing). I think that would really be the ultimate test. What I did instead is just grab some snow and bury my feet myself hehe. Warm still and I don’t feel a loss or seeping warmth.

I even tried it with just ankle socks instead and just walked around in the same experiment; it was equally warm.

The next category is the comfort and I can gladly report to you that it is indeed comfortable. Mind you, if you consider the things I’ve initially said, sometimes it can be surprising to hear that it’s comfortable (even though we know it is).

You know that fashion tendency that “if it looks good, it’s probably not comfortable and if it’s comfortable it probably doesn’t look good”? Yea, this one is an exemption to that. I’ve told you already it looks nice yet it is really comfortable.

The leather padding by the opening of the shoes is soft and good on the skin. Remember I tried it with just ankle socks (just you know, extreme testing) and so my skin would be in constant contact with that. At times it didn’t feel like leather. My usual experience with skin/leather contact is that it’s rough and abrasive and eventually it makes my skin bleed with all the friction. This one, nope. The only time it became a problem was after so much walking, I would start to perspire and once my entire body starts to sweat, your skin feels sticky with the leather.

Speaking of socks, I tried thin socks, ankle socks, thin/medium snowboard socks, thick snowboard socks and all of them I was able to comfortable use with this shoe. It’s leather, it looks rugged and solid, but it budges and accommodates inside.

I would be comfortable wearing this on prolonged periods of time. I’ve tried this on long walks and even one time wearing it the whole day at work. That speaks of comfort if you’re standing up and down, and wearing the pair in different situations.

Overall I’d rate it around 8.5/10? This is actually an easy 10/10 but as I’ve mentioned, I’ve tried the WOOLRICH Men’s Fully Wooly Lace Snow Boot

and that one has fleece lining inside (more soft and comfortable inside) hehe and they have 999 layers of heat insulating materials to make the boots withstand -25degC. So it’s just a high bar (it suffers on looks though, don’t worry lol).

Apart from the things mentioned already, the waterproof features is tried and true. It helps. There are two things I’m concerning myself there: one is as mentioned, if I put snow on the shoe, I shouldn’t feel that cold lump of snow on my foot (at least not right away). That speaks of the insulation of it all. At the same time, if I submerge the shoe in ankle deep water/snow, I would expect the same thing and at the same time ideally you wouldn’t feel like concentrated parts of shoe getting colder. That reveals where the weakness of the shoe is (in terms on insulation) but that might also be a sign that perhaps the water is seeping in there (so also weak waterproof-ability). I’m glad to report I have not experienced both.

At first glance the price tag looks expensive. It’s around 200CAD here. Well to be fair if you’re just looking for a so-so one pang-lampaso, yea just get those cheap ones in Walmart but I’m sure you readers are not about that right?

I’ve been guilty of thinking like this but initially I thought maybe it’s just the brand inflating the price but the actual product is lemon. I had multiple excuses. But after thinking about it, it kinda made sense. I mean it doesn’t lower the price, but it explains why it’s expensive (which helped me in my buying process).

You can see other so-so winter boots for around 100-130CAD. But here, take these into consideration:

That’s 6 additional reasons. So in the end it’s like paying 10$ something for each of those features. What’s $70 for a better, longer-lasting, proper, nicer winter boots right?
(wow, I can feel I’m getting better and better with my salesmanship hahaha)

Also within the TImberland inventory, the Premium boots (this one is $200 CAD) while the Basic one is $165 ($35 cheaper). Between their inventory, that’s a cheap upgrade from Basic to a more insulated, heavy-winter-ready boots (not to mention more comfortable materials and making).

As you can see here, I’ve looped the shoe strings just 2 holes shy from the top. Personally I find it more comfortable if you loop it all the way, but I did it this way because it allows for more ankle movement (perfect for when you’re driving 😉 ).

Second, it’s leather and the application of the product is literally outdoors out with the elements. I suggest taking care of the material (leather). Add those waterproof sprays or use anything to preserve/rejuvenate the leather.

I just bought mine. I’m in month 1 but I suspect it will be incredibly uncomfortable (not to mention painful) if you let the leather deteriorate and things crack and start to rub against you hard.

This is my observation but I find the laces could be short? To be fair, I don’t know if I just got used to long laces with my previous pair. Maybe this is how it should be for premium boots. But yes, I have the laces loop two holes away from the top and it’s perfect, comfortable, I can still properly tie my boots, it holds, no problem. I tried to loop it more another set of holes up and obviously the laces would get shorter and shorter. At this stage, I was still able to comfortably tie my shoe and secure my feet. It’s just that it looks like a tiny knot now when I tie it altogether. The look is a secondary concern, I’m just thinking that hopefully it doesn’t untie the shoe as I use it. I haven’t tried so I’ll let you know. I haven’t tried it as well but then I was also wondering how then it would be if I loop it all the way…

Most shoes/boots, the “tongue” of the shoe is detached from the shoe right? Yea this one is attached. There’s nothing wrong in itself it’s just not as smooth and effortless compared to if they’re separate right. This goes with any footwear right? The cool thing is that once in, it’s very snug and I don’t get that problem of the tongue sliding on one side.

It’s not difficult. If I’m taking it off, it’s effortless and it slides right off! All I’m saying is, if you’re drunk and stumbling and then you had to wear this, it’ll require you to focus a bit 😂 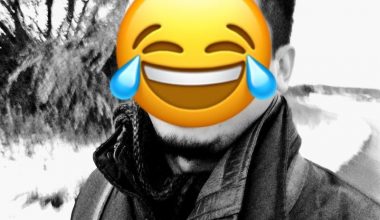 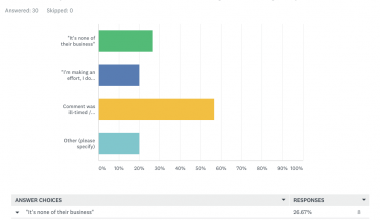