In the Filipino community, there’s this culture(?) that when you have social or familial gatherings, there’s this tendency that people tend to notice and mention your weight. It goes something like this:

I’ve actually written a two-part long-form read about this “culture” but I’m just letting it sit for now and reviewing it so as to not trigger some people.

So a personal disclaimer here: My stance on this matter is, what other people say doesn’t really phase me. Ever since I was a kid I received healthy dose of I-don’t-give-a-fuck-what-you-think vaccines and I’d like to think my mental/identity fortitude has been molded and strengthened well ever since I was a kid (shout to DBTC 😉 )

There are two sides to this: on one side, people should be more aware and conscious of the weight (ha, pun intended) of these messages. On the other side, stop crying and playing victim, stand up and toughen up. Again, I have a separate content for this.

Which then brings me to this survey that I conducted. I was getting tired of people from both sides complaining to me and so I was curious if there was a correlation between geography and the way they receive weight comments like this.

Let’s get to it and let me give it to you raw, both the questions and their answers:

1. Do you live in Philippines or another country?

2. Were you born in the Philippines?

I asked this question in supplementary because you can have a person like me who lived in Philippines for year but is residing in North America now (so I have a split/fluctuating cultural perspective). One can also be born in Philippines but moved somewhere else before age 2 and they’d have no knowledge on a more hands-on Filipino culture.

3. How are you affected by it?

4. How much would You Say You’re Negatively impacted by it?

5. Are you actually what they say you are?

6. What exactly makes it irritating for you?

Some people responded with “Other” and these are their responses:

Wrap Up (can be here)

And that’s it. We can end it there. You can make of it however you want. It’s just a good, raw, small-sample survey for you.

If you want to see how I assessed these data, read on.

Alright, now let’s make something of these data:

You can see from figure 6 – 8 that there are lots of feedback of the negative effects it. Granted that the question was a bit biased (expecting a negative reaction–I just fast-forwarded what we were already expecting; maybe not the best practice in terms of research practices lol).

This question is also a checkbox, meaning one respondent can answer nothing or select multiple responses.

We can filter this more but it’s definitely more than what’s expected. Basing on Q3 there are only 13 respondents affected but as you can see in figure 6, we have 37 responses and in the highest response, we have 17. So I guess it’s safe to say that even those that are not affected find these weight comments in poor taste.

As one of my good friends have shared with me, he’s not bothered of his weight being brought up but rather he’s bothered by the fact that: “is that it? Has it (way of conversations) devolved to this? Wala na ba talaga tayong matinong mapaguusapan?” (en: do we really not have any more [substantial] things to talk about? )

How much the negative impact is

With Q3, I was really happy to see I’m not surrounded by snowflakes. Q4 also shows me that ~83% of the respondents don’t take themselves (and the comments to them) too seriously. Don’t worry I’m not disregarding and discounting the feelings and challenges of those truly affected. I understand and recognize it affects you, your moral, how you live etc. It’s a serious issue and concern. I’ve addressed that in the separate article I’m writing. For now…complaining and being hurt by words aren’t the way I live.

These are things you can’t control. Why stress yourself with what strangers think about you? Toughen up.

How much do you trust the 13 responses in Q5? LOL

I’m KIIDDDIIIING. Yea, I guess this doesn’t help because there are a lot of ‘relatives (as in opposite of absolute)’ to the question. The question involves ‘to your assessment’ to soften the blow, so person answers and assessment varies. At the same time how fat is fat/skinny is skinny right? Maybe the person making the comment is exaggerating, maybe the respondent is downplaying it. We won’t know just by this question. I posed this question more for the ‘gut check’ of it all and if the weight commenters are getting it from somewhere or just pulling it out of their ass.

Yes is the majority so with that I’m assuming “may pinanggagalingan” (en: basing it off of something). Maybe you gain maybe 5 pounds (that’s nothing) and it was noticeable and they mentioned it. Maybe they said you’re fat/getting fat (obv exaggerated) when they could’ve said / been more precise with ‘you got a bit bigger’, right? If you’re an Anna Kendrick figure but your relatives are making comments like you’re Rebel Wilson, that’s a different issue altogether, maybe they’re blind (or possibly insecure and clearly fat shaming).

(The Real) Wrap Up

If you felt like this was a quick run-down and there’s not much substance to my assessments here, then you’ve definitely read it right. I’ve actually wrote a two-part article for this which I’ll publish and link soon.

This is part 1 of 3 about this series. Part 1 (this) is about just releasing the raw questions and responses. Part 2 and 3 is my opinion pieces about this said culture and what I think should happen for both sides (both the person receiving the message, and saying the statements).

I will link them here once it’s released. For now follow and like my Facebook page so you can get notified when I release them (next week probably). 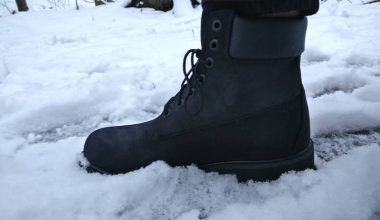