The simple act of snowboarding brings the brightest joy to the most motivated and curious individual. However when you see clips online of people snowboarding, they’re always doing some complicated tricks that include jumps, rails (metal pipes) or boxes (the flat white thing). Sometimes they even do it in the most dangerous places. Is it intimidating? Trust me, you’ll get there (if you’re interested in them). I’m also here to tell you that as you start to learn snowboarding, you will naturally master certain funny snowboard tricks without effort!

Before I start and if you haven’t noticed by now, snowboard moves (I don’t know if skiers do too) have funny and sometimes even slang-y names. Some are brought on from skateboarding (e.g.: Ollie/Nollie) some are just the shortcut versions (e.g.: Back 3 = Backside 360 = come off a jump, rotating towards your backside, doing a 360 degree turn). The tricks I’ll be mentioning have the same concept.

Also, falling in snowboarding is given and natural, especially when you’re starting. Make peace with that 😉 You will laugh at it, laugh at your friends, and laugh at yourself. That’s what makes snowboarding fun (among other things)!

Disclaimers and warnings: Always wear helmet and protective gear. Do not underestimate safety. I don’t know much of the context of the images/videos I’ll be including but it looks like they just brushed it off with no injuries. Nevertheless we don’t intend to laugh at anyone’s misfortunes if it ends up being a serious accident.

Alright, the first in the list of funny snowboard tricks! First one, scorpion! Scorpion is when you “catch your toe edge” and you end up falling to the direction of where you’re facing, and then you’re going a bit fast that as you slam and fall, your legs (and board) throw themselves forward, behind you. Here:

In snowboarding you have two edges you work with: the heel-side edge, and the toe edge. You can see why we can’t use the “left/right” edge right? First we’re facing sideways and different people lead with either their left or right foot 🙂

So now imagine you’re strapped in and you’re facing downhill (so your board is perpendicular). If you just flatten your board in parallel to the slope, you’ll slide down. So for us snowboarders to “stop”, you dig your heel edge, lift your toes, so that your heel edge digs and stays there and not slide. On the other hand, if you attempt to dig your toe edge instead, first you’ll be sliding as you transition from heel edge to flat to toe edge. Then as you complete the toe edge, it’ll “catch” and start catapulting yo’ ass forward. Now add speed/motion/momentum to the equation and you have a Scorpion 😀

Next in the list of funny snowboard tricks: Yard Sale’s another fun one (they all are) lolol. Yard sale is like any other fall, but with one beautiful ingredient: you forgot to zip your pockets! Snowboarding is an active sport and you will be sitting, rolling, left-right-upside-down, so you shouldn’t be bringing much valuables with you. Proper snowboard/ski jackets will have zippers (at least buttons, though less secure) in their pockets exactly for these reasons. If you don’t have one, or if you do yet you forgot to close it and then you fall….bam, yard sale 😉 lololol

Oh man do I have a clip for you on this one. The term’s derived from actual tomahawks: the hammer/axe thing, you get it? You know how it’s thrown right? It just pivots and spins until it chucks onto something right? The snowboard trick is no different!

Tomahawk is when you’re going down the slope at speed and then for some reason you fall, and you’re falling and rotating parallel to the direction of your board (while your board is pointed straight down the hill). So it looks like you’re doing cartwheels downhill. You’re falling at speed which makes you rotate at speed which makes centrifugal force act on you and extend your limbs like an excited kid doing cartwheels.

I’d show you a clip of a snowboarder doing a tomahawk, but this is funnier LOL.

Ragdoll’s the same. Just imagine throwing a ragdoll down a flight of stairs. If you look like that, you’re doing a ragdoll lol.

Taco is the least likely you will encounter. It will only happen to you if you like/do terrain parks (the section of ski resorts with jumps/ramps, pipes, and other tricks) and you do rails (those pipes).

This is a photo of a taco about to happen lol.

It’s when you do a rail, and then you somehow fuck it up and you fall to your body’s front and you wrap on the rail like a ~you guessed it!

Did you know I’m an expert on all of them? LOL except Taco lol. I don’t do rails much. I do jumps, so if anything I look like a silly putty spatting on the ground lol.

Edit: Bonus Content! Guess the tricks done in this video! 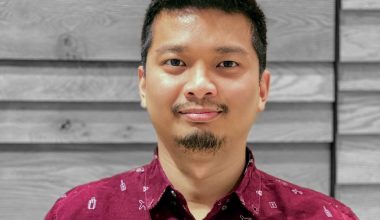 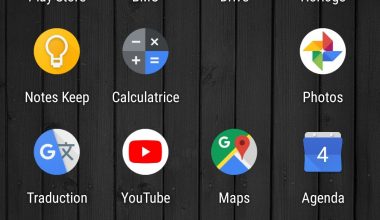