What are the Benefits of Snowboarding?

At first I thought this would be a quick conversation to have but then when I thought about it, there are actually other intangible and valuable things you get from snowboarding. Without further ado, let’s get on it one by one. So: “what are the benefits of snowboarding?”.

It is Health and Fitness: Cardio, Core, Legs (to name a few)

The biggest and most obvious benefit of snowboarding is the physicality of it. Like sports and activities, there is a lot of movement involved! The major ones you’ll be using are your legs and your core. It’s definitely a workout especially when you’re just starting the sport. For one, your body’s not used to it. The other is that since you’re learning, your movements are inefficient and you’ll be using more muscle sets. For example when you’re starting you will probably fall a lot. That means you will be sitting down a lot pulling yourself up, or if you’re facing uphill, you would be pushing yourself up (hey, free push-up stints!).

Even when you reach the intermediate level, you’re still going to be continuously working out. This assumes you’re still constantly progressing (which you should be: snowboarding is constant progression through and through!). You might be getting yourself in new terrains or situations where you’d have to be on tip-top shape. Some examples would be if you try new terrain like glades/trees or if you get onto a path that ends up being way more difficult/steeper than what you were initially expecting.

It is an Activity That Keeps You Engaged During Winter

If you live in an area where there’s a long stretch of winter (e.g.: 🇨🇦), you wouldn’t want to have a long stretch of indoor times. You’re just going to be at home for long periods of time. Your physical and mental agility will slip away due to lack of stimulants and activities. And to be honest that is your house (your country). You shouldn’t feel afraid with the natural advantages of your country! If you live in a coastal country, swim like crazy! If you live in the dessert, learn how to take advantage of the heat! Do not live a sedentary lifestyle, I’m telling you guys(girls). It’s for your own good! Older adults will/should harp on this.

Be an expert on your natural terrain! It’s one of the most badass things you can do for yourself. It’ll def help a lot after when you start travelling 😉 . To an extent, it’s also learning a survival skill. Why would you not want that? It’s literally on your doorstep. Why not take advantage?

Anyways, going back: snowboarding’s definitely a great activity for winter. Winter (especially extreme days) is a great de-motivator to do things. Don’t get cooked up for 6 months. Snowboarding itself is the activity, but the more flexible idea behind this point is that, if/when you try snowboarding, you’ll get a whole new appreciation for the cold. Initially you’d realize: “oh, it’s not as bad as I was thinking”. And then after a while, you’ll see how it actually could be part of your daily life. Maybe you start to see the beauty and set dates where it’s a fun and it’s a winter activity outside (think skating or visiting ice hotels). Gone are the days when you’re this “manly man” and then scuttering and running to your car like a shark’s chasing due, just because “it’s cold outside” tssssss.

It is Social. You Meet Different People.

There are so many ways you’ll be doing this and the beauty of this is that it starts from Day 1. Unlike coding, you can’t learn this yourself (you could but it’d be so unsafe and not proper). To start, you’ll definitely warm up and buddy up with a personal instructor.

Even on any skill level, the ski lifts are a place to socialize and chatter up people. What are you gonna do, you’re stuck there for a couple of minutes. That’s when people ask random people: “oh hey, such a great day to ski today right?!” or “ooh nice board, what’s the brand?” or “of you have X as part of your gear, how do you find it? I’ve been thinking of getting one (me asking about Burton Step-Ons nyahahaha)

As you get more comfortable with the sport(?), it’s more of an activity you enjoy and go with your friends normally. Most of the time you’ll be going with someone every time you go up the mountains. Once you get the desire to try far and new mountains, you then start to travel for skiing/snowboarding. When you do, you and your friends will be meeting new people yourselves! It’s like meeting new people but not individually anymore but group by group! It’s fun and I love it and I think it’s a very important and valuable part of snowboarding and travelling.

And then later on when you’re a solid snowboarder (can slow/stop anytime anyhow, link turns, go to blue/black trails, you know, the basics) you will then be introduced to apres-ski.

You Get a Whole New Appreciation of Nature

Did you know that back when I was younger, I thought warm climates were the norm and the winter climates are the rare ones, usually only developed countries have them. Boy was I wrong.

If you think about it globally universally, the cold IS the norm. Both ends of the globe’s cold. Sure there are a lot of countries closer to the equator, but think about it outside our planet. Once you pass the exosphere, everything’s cold. Space is cold, planets are cold, stars are rare and scattered all throughout, even comets are floating chunks of ice in space!

I’ve only realized that after moving here and embracing the cold. Other things you realize are like ice on the roads. It’s a simple concept: it will happen, so just drive safely. Don’t be stupid. There are snowstorms and it’s nothing crazy. It’s a natural occurrence. We have snowstorms, Middle East has sandstorms, tropical countries have typhoons, Australia has firestorms. Pick your poison.

There’s no one conclusion to this point. All I’m saying is that by being exposed and by embracing nature, you understand yourself, nature, and the world more.

It is Front Row Seat to Global Warming

Once you’ve taken the appreciation of the sport and nature, you will first-hand and immediately notice the devastating effects of global warming. You will be more sensitive to it whether you like it or not (and that’s a good thing). You will notice that ski resorts open later and later and close earlier every year. When you get the “best pow day ever”, you’ll notice how fast it degrades JUST WITHIN THE DAY and that tomorrow it can quickly turn to ice.

As things melt, only the high-altitude (meters from the ocean level) and higher latitude (how close you are to the poles) ski resorts survive. There’s a study that: Even under the most optimistic climate change models, ski areas in southern New England (USA) will no longer be economically viable by 2040. That means you’ll need to dump in more money just to generate snow than what you could earn. Full article here.

This is also why I support (and try to be involved) with organizations like Protect Our Winters (POW).

If this continues and Whistler’s the last bastion standing…well, skiing’s the least of our problems…

BUT ALAS, I believe I am surrounded and I can connect with valuable people, agents of change, and beacons of hope motivation. Let us gather ourselves, do the smallest bits we can to fight climate change, and spread the energy for others to follow.

This is not just for skiing/snowboarding at all. This is for our own survival.

If you want to tie it to snowboarding, just imagine: all the happy, fun, beautiful things I’ve been shouting from the rooftops about, YOU. WILL. NEVER. EXPERIENCE. if this keeps on happening… 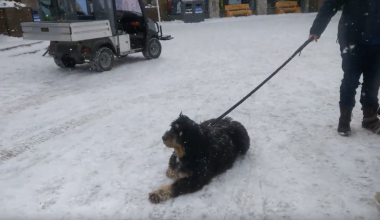 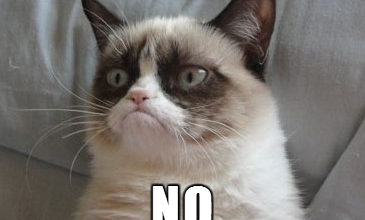