What is a Dad Bod? A further elaboration since you probably misunderstood it like I did

Unless you’ve been living internet-free for the past several years, you’ve probably come across this term already. This is a dad bod, as defined in Urban Dictionary and Vox. Since we’re talking about slangs and pop culture references here, I’m sure you’ll forgive me for referencing these two for credible sources yes?I thought I understood the term dad bod, but turns out I was wrong for the longest time 😂 only the past 2-3 years did I fully understand it. What’s the value in this article for you? Well if you’re a dude and you say you know what a dad bod is…you probably don’t (like I did) hahahahahah! So I suggest you read on lol.

So I had this confusion before, possibly during the same time this term got popular, wherein people/women would say that it is indeed desirable but when I describe or show a pic of a guy and ask “is this a dad bod?”, they would usually answer No lol. So clearly I was misunderstanding this. Admittedly even at some point in time in the past I was…~let’s say “culinarily abundant” and I thought I was dad bod, but nope 😂 Clearly I wasn’t ripped so it’s no flattery if you’re on the other side of the spectrum 😂

When I’d ask people, “ok so give me an example of a dad bod?”, they’d name Chris Pratt, Di Carpio (in later movies), Seth Rogen, Jason Momoa (when he’s not keeping it tight before a film), and others. And then you browse around and you can kinda see how most people define a dad bod.

In addition in the dating world, you would hear that again and again from the opposite sex: dad bod, it’s desirable, more approachable, etc but when you present a what-I-think-is “dad bod”, it doesn’t fly and of course they’d prefer someone who’s a bit more toned (which is fair and pragmatic).

So you can see the problem here: first, I can’t even define or visualize it myself what a dad bod is, and two since dad bod is a wide spectrum, I also don’t know which range is the attractive vs the no-no.

My Misconceptions (and probably yours)

Ok so people have named celebrities that have dad bods but in my personal definition, “what, these are not dad bods?! These are people who work out still, you can see!“. So in my head, “I think women have it wrong. These are worked-out bodies. If you look at the average bodies of dads, most of them have BIG tummies, beer bellies, they look like life-size lowercase “b“. (there’s no shame in these guys if you’re guilty. Hey, I’m sure there are currently more important things in your life right now than worrying about your belly). I don’t even find those attractive. So if you say dad bods are attractive, these should be attractive, no? If you say the bodies of those celebrities are attractive, that’s fine but I think it’s not ‘dad’ bods. “. I was so confused right? ahahha

It was further worsened by this logic of mine before: “Ok, so there are ripped/tanked/swole bodies (e.g.: Ripped Thor, Aquaman, maybe Captain America), and then there are the toned bodies (e.g.: Ryan Reynolds or…~any guy; you can see they work out but they’re not intense), and then the rest are dad bods (this was a broad and problematic statement). So that’s from the range of ‘someone who just stopped working out’ to an obese person.

SO. If you’re thinking like this, boy are you also wrong lol.

What It Actually Is

By the way, I didn’t dedicate a lot of brain cells to this. It probably was just a week of social banter when the term came out (that was years ago) and then after that, meh. I didn’t care. I just did me. I’m bringing it up now because if you’ve been following this site, you can see that I’m all about self improvement. I’ve been doing this since 2019 and the more that I take care of myself and improve all aspects of my life, the more I find myself saying “OOHHH, I finally understand…”.

And so recently, my health and fitness improvements reminded me of this term 🙂

It’s gonna be funny because when I describe this to you–and I don’t even need photos for this–it’ll click for you and you will probably realize that you had it wrong too.

Here’s my easiest and simplest answer/definition:

Look back at the time in your life that you worked out hard or kept yourself tight to the point that other people were noticing or mentioning it. If not, think of that moment were you were engaged in an activity/sport/contest/physical labour that after the fact, you notice to yourself: ‘oh wow, I’m getting muscles’.

If you still haven’t had any experience like this in your past life and assuming you don’t have any disabilities, medical/physical/mental impediments, or you’re not going through something raw and heavy in your life, first and foremost: BOY MOVE YO ASS UP AND WORK YOU LAZY FUCK”. Second, just imagine that you work out. Let’s say three times a week, and you eat healthy. You’re not trying to be ripped/tanked, you just want to be toned(refer to definition in the article). When it comes to diet, you’re not going all-out-vegetarian, but at the same time you have self-control, restraint, you are somewhat conscious of your caloric intake, and you’re not downing 2-4 servings of fast food every night.

Now let’s say you suddenly/eventually (pick which is more appropriate) had a kid(s). You’re a dad now. Priorities change. Now you’re focused on raising a kid, putting food on the table for three, etc. Suddenly working out is not top priority any more (and these are all practical and wise decisions).

But sure, physique is not a priority anymore, but you understand that it is still important (at least later again) both for yourself, your family, your partner, in the long term. Maybe you work out once a week or maybe two, maybe you don’t work out but you engage in sports from time to time, maybe you do neither/both but you’re still conscious on the things you eat. In short, it may not be as frequent, but you still attempt to take care of yourself.

The result is that, when you were working out you were toned. But now that you’re doing less of everything–but you still do it from time to time–, you’re beginning to be “cushiony” all over. People can see “here lies a toned bicep before”. Since you do it from time to time still and you watch what you eat, you refresh and re-tone your body from time to time. Overall, you’re just a softer version of the most-toned-version of yourself. That’s how you end up with a toned body (e.g.: my personal example, Ryan Reynolds lol). Suddenly all the things they were saying makes sense.

You may not have 6-pack abs right now but if people look at you, they’ll be like “sure, no abs, possibly a tummy, but I can see that maybe 6-9months ago you were active”.

You’re conscious about health and fitness but while you don’t work out, you engage in sports or ANY physical activity that results to some sculpting (e.g.: if you play basketball, it has a lot of arm motion. So while it does not give you the same result as a gym bicep curls, you’ll still see your biceps bulging and having a nice, noticeable shape when you contract your arms.

In the words of one of my female friends: “There’s dad bod and there’s just fat”.

If it’s still hard to picture in your head, it’s because you probably don’t know what I’m talking about. If you don’t know, it means you haven’t experienced it. Lastly, if you haven’t experienced it, it means you haven’t done much improvements to yourself to notice the difference. I don’t expect you to blindly work out non-stop for an accepted size in society. What I want you to experience is that when you improve on yourself and it doesn’t take that long actually, eventually you will notice improvements in your life, better quality of life, or moments like “oh wow, I’m starting to look a bit better” or “oh wow, that was a good sleep last night; haven’t had that in years!”. THOSE are the good signs I want you to experience. And only then when you get there when most of these would make sense.

This goes back to what I said about my journey to self-improvement and my “Ah, now I finally understand” moments.

I can’t / don’t want to dictate to you exactly what a dad bod is. I meant for this article to just clarify and narrow down the definition for you. Even if there was a strict definition, individuals will have their own tolerance levels so at best you’re looking for a range, not a specific number.

What I can confidently tell you is what dad bod is NOT. If it was never in your habit to work out/exert force/play sports/engage in physical activity, if you never cared about your own health and wellness (I’m talking about staying medically healthy, not just concerning yourself of your shape), if you vilify the term “diet”, if you haven’t used the term AT LEAST “caloric intake” in the past 3-5 years, if something happened in your life and you got to a crossroads and it was about your health YET after the fact so still decided to continously neglect your health…BRUH….BRUV….BRUUHHH.

Whether you’re in the definition or not, honestly and personally, I don’t think it should matter for either of us. I personally don’t aim to be in this definition. I think you just have to be the best version of yourself, what/however that is. You owe it to yourself. 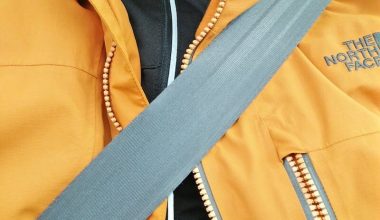 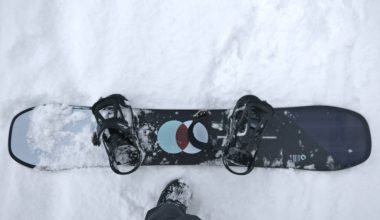