Why is Snowboarding Important to Me? (and what it could be for you)

First Let’s Cover the Obvious; the Things Under the hood Jacket

Snowboarding is physical. It is fitness. As a tropical person before, it was hard for me to comprehend that it’s actually “work-intensive”. You’re “sliding” the whole time, it’s snow (not sand, less friction), and you’re going downhill. “C’mon, how is it actually work?”.
Ha! Little did I know…

It is actually a lot of work. It’s a lot of legs and a lot of core. Both of which are good to improve in general. I was right: snowboarding (and skiing) has a lot of sliding so it all depends on you to exert force to stop, to control, and to actually go to directions you want (not ragdoll-ing down the mountain uncontrollably).

Ever noticed there isn’t much fat/obese people in ANY snowboarding media? No, the activity isn’t discriminatory against fat people. It’s because if you’re fluffy and you actually love and got into snowboarding, it’ll drain the fat out of you 😀 Apart from massive leg work when you’re going, there are also a lot of core workout. You have to centre and balance yourself, or even strap your bindings on your boots for example (imagine standing on a pipe/beam balancing yourself, then having to bend over to tie your shoe without falling).

There are also a lot of arm workout. If you fall/have to sit down, you’re going to have to eventually stand up. You do it in two ways: either you do a sitting position then pull yourself up by using your core, or you turn around on your belly, then push yourself up to standing position. You think it’s a rare occurrence right? But when you’re starting, you obviously fall a lot, so you do these a lot 🙂 It becomes a full body workout….for hours. It’s more fun though and you earn a skill. You can even do hard après-ski and you’d still be lean-ish the following day. Doing something physical and improving my body and my mind (skill-wise) is one of the reasons why is snowboarding important to me.

There’s a micro/macro aspect to this. Before I knew snowboarding I was into hiking. It’s more on the mild-medium side of things so I wouldn’t go to large mountains or go mountaineering. When I got to snowboarding, I got to go to these places! It was beautiful, it was an adventure in itself! I didn’t want to improve at the sport at that time but rather, I just knew that the board was a means of transportation to get to these magical places during winter (there’s snowshoeing too I guess).

After that I had lots of realizations: winter is cool (ha), snow is fun, and I should embrace winter, the season, and being Canadian/in Canada! I hiked more after that and I entertained parks and more hiking trails instead of just doing local parks nearby.

That’s the “micro” aspect of it. As you get better and better, there are only so much ski resorts in your vicinity and you’d want something bigger/more challenging. You then will eventually actually have to travel to go places. Each destination will have their own characteristics, challenges, and nature and…~well it’s just a basket case of fun and happiness in each. I should elaborate on that separately.

Snowboarding is Also Mental (in both senses)

There are two aspects to this too: there’s the mental exercise when learning and executing snowboarding; your mind is busy absorbing knowledge and just doing the activity properly. There is also the stress-relieving, happiness-inducing, contentment, and peace of mind side of things. Of course this is the “level 2” and you only get to this when you complete the former.

When you’re doing it–especially if you’re new–you’re mind is trying to get used to new things. You’re sliding a lot, you’re sliding SIDEWAYS, if you don’t do x, you slide uncontrollably. One “nerve-wracking” moment I remember when I was learning was picking up speed. Eventually you have to learn how to pick up speed, and ride with. Even if you don’t want to, sometimes you need to (e.g.: getting out of the way, saving someone, etc). The excitement was somewhat the same as flooring the gas pedal in your car the very first time ever in your life (though there are no metal parts or airbags to save you 😉 ).

It continues in your snowboarding life. It’s not just for the beginning stages. When you decide to take on parks and jumps, that’s another mental preparation omg. Take this for example:

When you go through treelines, that’s another one. When you go pow hunting, ooooomg. I’m salivating just thinking about it. If you’re not into skiing/snowboarding, this is the type of snowboarding where you go to actual mountains, and ski resorts with big chances of avalanche (e.g.: you can die).

Anyway, what I was trying to show there is that there’s a lot of thinking and planning in properly executing moves. Fuck it up and you’re gonna get fucked up. It’s no ball pit I’m telling you.

The “Beautiful” Side of It

The tranquil side of it is that once you’ve had some sort of mastery of the activity, you get more comfortable and confident in whatever situation you can get into. You’ll get into challenging situations and conditions, but it just feels relaxing to you. When your mind is finally free again, you get the chance to just…take everything in. I hope that most people get to this stage and even entertain this idea when their mind goes blank.

It’s just freeing. If you get into the best scenario, you’ll be in a run where there’s NO ONE. It’s just you and nature. The ambience is just beautifully quiet. It’s just…argh, I can cry on that lol. You just take everything in. When I get to those moments (and I get those when I go big mountains), I just feel thankful, appreciative, happy, and at peace with my mind, myself. I/people actually stop snowboarding, sit down, and just take it in.

I remember one of the best times in my life when my pal Chris introduced me to the trees (snowboarding in between tight proximity of trees). It was fun but since it was my first time, I was struggling and I was TIRED. I was tired, not fatigued but just physically and mentally drained, in a good way. You know what I mean right? Like when you get that perfect workout, you feel it everywhere and you’re mind’s just….blank. It was freakin beautiful. We took a break inside that mini-forest. He did his smoke break and we even had great and meaningful talks after that maaaan. Oh man, fun times…

That’s all I can say. People can take it in different ways. There are park rats or people who act like sk8ter bois, or people who sound like surfers. Then there are also people like Shaun White (Half-pipe champ and frontlining snowboarding to the world) and Travis Rice (snowboard designer, professional athlete, also probably responsible for half of the professionally-made Redbull snowboarding vids you’ve seen) making corporate/professional empires out of it. There are also Chloe Kim (oh Chloe..I’ll attach a vid below), Mark McMorris (Canadian snow god, suffered life-threatening injury, recovered, and then dominated back after), and Esther Ledecka (pro snowboarder, got thrusted into a skiing competition…WON. LEL.)

What I’m trying to say is that you can pull this in so many ways and make different things out of it. For me, it’s an additional of skill, it’s a social activity (and you’re also not competing and needing to beat the other), it’s also a big sense of travel, and ultimately–and the most important aspect for me–is that it makes me happy. It gives me peace of mind. It gives me contentment, satisfaction, and it’s my center. I have fun with it, and I love it. I love it so much that I’ve gone many times just by myself to train and enjoy it genuinely. I’ve even driven 4 hrs (back and forth), just to get 2.5 hours of slope time.

Can you not sense how happy this makes me even if I’m just writing it?!

Find a person that looks at you the same way as Dan looks at snowboarding. 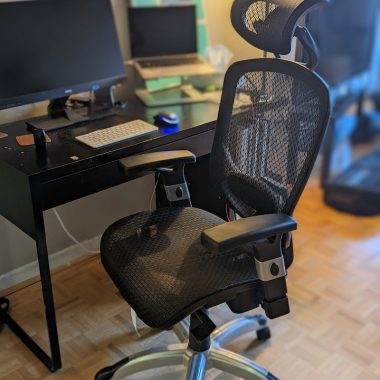 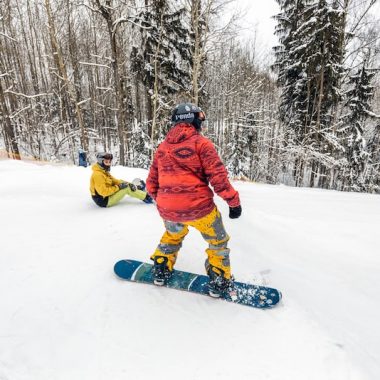 Snowboarding is a great sport that can be enjoyed by just about anyone. It’s simple to learn, and…
0 Shares
0
0
0