How do student loans work?

So first you apply to the government (NSLSC). The money comes from the government. You tell them your financial/economic situation (of you and your family) and you tell them where you will go(which college/uni) and what program (so you’ve applied and have been accepted to a university at this point already).

The government will then assess if you actually need financial assistance (govt only gives loans to people who are…not rich) and then financial credibility, etc and then once good, you’ll be approved!

How much do they give?

Well as mentioned, it’s a necessary step to tell them which uni you’re attending and what program and by having those info they will have an idea of how much they will give you (how much you’ll require). They’re usually on the dot…ish. You may have extra cash, but it’s very minimal.

Note that the amount they give you becomes lesser and lesser each year. Ha, you thought it would increase to keep up with inflation? Nope.

This is in connection to: the amount they give you also depends on your economic status. For example, if you and your family are minimum wage earners, they’ll probably give you 100% of the money you’d require for your first year. Actually it’s almost guaranteed for anyone’s first year.

The following year, as you get more established in life and get side jobs, etc. They’ll give you less since they can see you now have more ability to pay for your own (at least shoulder some). I think this is good and necessary. In the bigger picture / long term, this is a good sign.

If in any case things went really super well for you and you become rich during your schooling, then you won’t be qualified for student loans next year.

So it goes lesser and lesser every year, is it enough overall to complete your entire education?

If you’re just 100% relying on the student loans, nope. You gotta work your butt off like everyone bud.

To give you an example, during my first year, I actually received 100% of my tuition cost and then some. I just stocked the extra for a rainy day since I know it’ll be lesser next year.

The second year, the loan was lesser but since I had that parked money, the year 2 loan + the reserve covered for 100% of my year 2 tuition. The years after it was definitely lesser but I was working part time already and many jobs so I was able to comfortably shoulder the difference and still have pocket money for things I want to do. I believe I had one year where I had to take on a student line of credit too actually so it’s not that easy.

It is enough to get your through your schooling if you’re on point and responsible with the loans and you’re doing things on the side to supplement the loan.

How do they give the money to you?

Once approved, they give you a % of your money just before the start of the year and then another % the second semester.

It goes to your bank account. YUP, scary right?!
Yes, if you’re a fucker and you decide to squander the money, yup, it could happen. So far I have not heard of anyone doing it/have done it.

If you’re smart and responsible like some of the people I talk to, your next question should be: “why don’t they(the government) just send it straight to the university?”. Great question. I think partly because they give you the option to use some of the money for other non-tuition but still education related fees (think aux costs, memberships, program events, etc). Maybe it’s just the govt being lazy. Maybe it’s not even their responsibility to begin with. Technically you applied for a loan and that’s how some loan goes (I’m thinking student lines of credit).

How much is the interest?

~5% ish? There’s a formula to it. Something like prime rate + 2%? It’s “cheaper” compared to the other debts and interests you will incur in your life but remember that you’re taking in so much amount so 5% of any large amount is $$$.

How does repayment work?

Once you graduate and finish your studies, you have 6 months of leeway (they won’t charge you). After this 6 months, whether you have a job or not, it’s time to pay the piper. If you miss payments or you cannot pay, this’ll be one of the worst financial mistakes in your life. Not being able to pay student loans is a big no-no. This’ll follow you for the rest of your life, it’ll be on your records until you die and yea…good luck. Someone explained it to me and it’s worse than declaring bankruptcy. I forgot the term but it’s one of those “unforgivable” debts. You can’t just declare bankruptcy and not pay it. The next $ you earn will be forcibly sent to the govt. Just…just don’t go there.

(This article is literally one big FAQ for NSLSC lol) 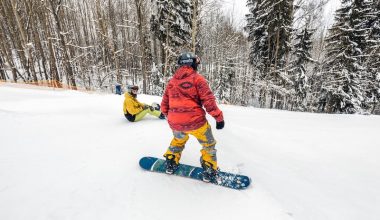