How to Break Social Media Habits: Regulate Your Screen Time

MASSIVE Disclaimer: This article talks about hard-hitting and serious topics like mental health, well-being, and habits. I am not an expert and my profession is IN NO WAY close to anything about psychology or medicine. What I offer is an opinion based on a lifetime of experience and a lot of trial and error (some of which still ongoing). I don’t pose myself to have the one-and-only “true” solution. What I do offer is some nudge; a tip to hopefully point you to the right direction and understand what’s happening (to you/us) so that you can later direct and regulate yourself on how to break your social media habits beyond this article.

This entire article is brought upon by the Netflix documentary The Social Dilemma. I suggest you watch it since it does a better job breaking down everything I’ll be talking about here.
Social Media was brought on by technology. We all know already that technology has brought a lot of positives: medical breakthrough, work efficiencies, space travel, all the works. If you haven’t realized by now, ANYTHING that is introduced in this world (usually by way of technology) will always have a catch.

The car you use to carry out tasks both for personal and professional reasons, if left unchecked, can result to global warming. That innocent fancy condo at X street, might indirectly trigger segregation and homelessness, not to mention light pollution, energy waste, and . The facial recognition software that is meant to identify criminals can end up in the wrong hands and result in a police state or dictatorship. Even religion (not even a technology), if you bathe too much in it can result to extremism, intolerance, and violence. Get the picture?

Same story goes for social media. It’s undeniable that social media has brought on so many good: We had families reunited, platonic and romantic relationships maintained or strengthened, news dissemination, etc. We even see protests and revolutions kicking in and winning it via social media.

But with the positives, come the negatives; and they come pre-packaged together and you can’t do anything about it. Take your pick: there’s social media linked to depression and anxiety or depression and suicide rates AMONG THE YOUNG (I mean you should be concerned; either you know someone who’s young or you will later on have one. Either way you’re affected). There’s plenty more but I think that’s enough. Enough of the dark tones in this canvas I’m trying to paint.

Don’t worry though, it’s not written on the wall for you or everyone. Like how I’ve phrased it before, these are the negatives. These will only happen if you let it. This is me slapping you crazy to wake you up so you can take control of the wheel. Don’t wait for Jesus.

The problem does not have to be extreme for everyone. There are more casual and milder variance to these. Things like FOMO (Fear Of Missing Out), faking the identity you project in social media for social acceptance or any form or affirmation or gratification, or having a distorted view of yourself due to the media you see and consume online (e.g.: being borderline anorexic because you want to be like the supermodels).

Us adults chuckle about it and brush it off but then again we never really know who’s hurting. It’s also like the pandemic. I might be prepared to suffer if I get infected (not that I’m actively seeking it) but it’s more problematic and stressful if you’re the one that brings the pain and suffering to people close to you.

The (One of Many) Solution(s)

I’ll talk about the concept first and I’ll talk about tips and some direct, actionable things you can do to actually carry this out. The concept is not new nor earth-shattering. It’s basically: limit your screen time (at least on your phone).

Let me contextualize it for you: In a relationship? I’d fuckin’ prefer 2hrs of sex instead. Have kids? That’s 2 hours either giving yourself a complete mental/physical break and peace of mind before the next chaos comes. If not, you can use some or all of that to render quality time with your family and prop up your children with good values so they become better citizens later on. See, taking a break in social media actually makes the world a better place.

I’ve mentioned mental break. Social media is a great distraction entertainment. Sure it’s all fun and games with cats and memes but for some people they idolize and envy lifestyles, they feel bad about their current situation, set high goals, which then causes more frustration for not “achieving them fast enough in the same hight intensity” etc. There are lots. Even a simple ad of a clothing brand is basically subconsciously a reminder of “what you don’t have”.

You know these things already. If not, I hope you slowly and eventually realize these subconscious and low key manipulations. Oversimplified, social media requires mental energy, where for good or bad. You just finished school and/or work. Why put more strain on your brain (ha)? I don’t know how else to explain this succinctly since this is an article in of itself but, peace of mind is a commodity. It is important. It importance of it fuuuuucking becomes super obvious as you grow older wiser.

Yup, physicality is also affected. There’s the obvious fact that instead of rendering 3hrs on your phone, you could be working out or engaging in any physical activity instead.

The other is I bet you you’d be struggling to do a 1-minute plank. That’s one 1 minute staying in one position; so imagine 3 hours of bowing down. I know for a fact that this (along with computer usage) is a big–if not the only–factor to my posture problems and sedentary lifestyle. In that minute or two of checking your phone it literally takes the same time and is probably more healthy to stand up, stretch, take a walk to the kitchen, check your fridge (find nothing lol), then walk back to your seat lol. Indirectly it makes you want to just “kick back and relax” (but is it really relaxing if you’re mentally engaged?) when in reality the fact that you’re using your phone instead of doing literally anything else, promotes sedentary lifestyle.

Actionable Things You Can Do

Actually, I just remembered I wrote a similar article about limiting phone usages (not necessarily social media). The insights there are similar and applicable. I suggest queueing that in as a next tab to read after this one.

Just Simply Realizing It (Being Aware and Conscious)

The next one I can think of is prolonging the interval. Step 1 (realizing you’re using it a lot) is crucial to this. First you want to realize that interval you have (e.g.: you find out that you pick your phone up roughly every three minutes). Next, the moment you get that muscle memory of picking up your phone you’re gonna have to go manual and use will-power to say “No” and not pick up or glance at your phone.

The goal here is simply to just disrupt the pattern and show to yourself you can say no and that you have control over this. If you get to say No the first time, you’re fine to pick up and check on your phone on the next interval (in the next 3mins). Let’s use the usual excuses: “maybe it’s work; maybe it’s important”. Well if you skip just three minutes, I’m sure it’s not much of a sacrifice right?

Maybe doing this once a day is more than enough already. Yup. I’m intentionally making it easy for you. It’s called baby steps and progression. If you want to learn more, check out my article about the “Last Chip Method” or if you want to make time out of your day, do the Chicken Burger Sprint.

Of course the intention here is to slowly, incrementally stop yourself from using your phone. Maybe in a week or two, just stop yourself one interval, the next set of weeks two, and on and on. The pace totally relies on you.

Overall it’s better (I think, based on experience) to lay out the improvement plan over long amounts of time and actually get results instead of fast-tracking the schedule but you falling short some/all of the time.

You have to realize that you’re not against some sort of evil entity here. Satan is not working against you. It literally is just you vs your previously-set habits 🙂 Again, read The Last Chip Method. It’s also helpful if you’re simultaneously trying to lose weight.

Phone Away or Face Down

Another that I can think of is having your phone rest upside down (screen facing down) or simply just put it away where it’s not within reach. I’m going to pull the usual saying here of “out of sight; out of mind”. To be honest it’s true though. I’ve noticed myself that I reach out to my phone less when I don’t see it at all. Most times it’s just reflex and habit making me reach for it. There’s not even a notification/vibration/sound/light when I reach for it.

You may be successfully doing this already actually. If you’re like me where my charging spot is a separate wall nowhere close to my couch or main workstation/desk, don’t you realize that you actually reach out for your phone less when it’s out there? Turn off sounds and vibrations of course. If you haven’t tried it, do it. It make a world of difference!

No conclusion. I need my time away from the screen already. The article’s self-guiding already. 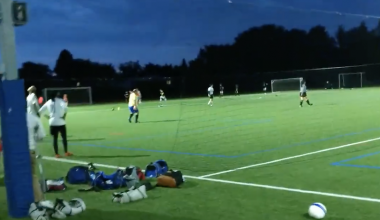 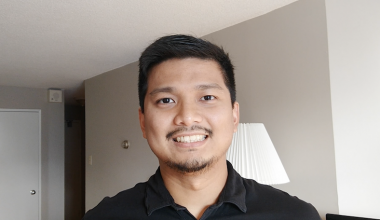