It’s a late Friday night in Buenos Aires and I wasn’t ready to sleep. I’m travelling, I want to maximize this opportunity, I want to meet local people, I want to see, hear, taste, and feel culture and I remembered there’s Mundo Lingo in Buenos Aires (one of the best Mundo Lingo locations actually) on Fridays so I googled up the address and hopped in an Uber quick!

Mundo Lingo is a global organized language and social event. Think of any major city there’s probably one held there. Check their website.
It’s usually held in a cool social location. It usually reflects the cool local vibe and it never fails when it comes to large turnouts and participants!

Did I mention already that it’s free?!

At its core, it’s a language event. In every event, you’ll usually find a receiving table where they offer sticker flags (for free too)!
The way it works is that you get the flags of the languages that you speak! So for example for me, I speak english, tagalog (Philippine language; I was born there), and French so I would get the Canadian, Philippine, and France flag.
You would then stick it on your top. But wait, there’s an order! You would organize it vertically: the top-most would be your native tongue/primary language/language you’re most fluent in. After that, you’re off to the races! Socialize, have fun, and do whatever! (You’d probably head to the bar first though hehe)

On paper, Mundo Lingo Buenos Aires is regarded as one of, if not the best Mundo Lingo location because this is actually where it started. Add the South American vibes and good food and beer and you’re really just setting yourself up for something good every night.

I remember I was having this great time when I was there, met a bunch of people and then of course I had a good buzz already. In the middle of the night, my brain went through this progression: Argentina > South America > you’re travelling > Empanadas lol. So here’s this guy rushing to head out when everything’s going good only thinking “I gotta get an empanada before it closes”. And I did! Most places close around 2am there anyways and I got one, more like 2, around….1:45am? hahaha

Everyone was so friendly and happy and I can say the same for Argentinians in general, any time. My friends say the same thing too.

Specific to the event, they’re definitely checking all the right boxes. In the event it’s open for you to socialize but with them, you get this extra sense that they’re more open and approachable (or maybe because I strolled in around 10:30-11pm lol). That night I met tons of interesting people, locals and foreigners alike. I met this Polish guy (actually from Poland) and when I said where I was from, he actually lived in Mississauga as well LOL. I met tons of Argentinian locals. There was an Argentinian music producer I met (cool guy, very fun to talk to, and he has hookups if one ever wants to move to BA lol). There was also this cool singer who has strong ties to Italy, a teacher/engineer who side hustles as an Uber driver, etc.

Language-wise it was definitely the most conducive Mundo Lingo event I’ve been to. I guess statistically, the more people there are, the more people in varying fluency there are. I want to learn Spanish for sure, hands down, but it’s not my first one right now. (I’d say it is but I have to revert to french as I notice I’m losing it lol). I definitely want to learn but not extensively, not that night. This happened!

Some People Genuinely Want to Help

When I got in I was talking to this girl and she was actually interested in helping (general hospitality I guess). I said I only know certain words yet she was like: “no, go ahead. Speak only Spanish to me”. And so I tried and did. At first she wouldn’t budge and let me speak english (which was really helpful). That conversation was a lot of stutterings, and uhm’s, limited Spanish vocabulary, and a lot of “como se dice”. Those opportunities are actually important and helpful if you didn’t know. That’s when you REALLY learn. She’s local and she’s fluent so she can take it as far as I can but she was insightful enough that I can only take it so far and then she did the “ok we can speak english now” lol.

There’s the other crowd I got into where I felt like it’s the “advanced group”. I met a bunch of people that night and some said, “oh you’re the second Canadian here!”. So billy me, I’m curious who this other Canadian guy is. I eventually met him/them(his local friends) and he’s sooo fluent. Spanish is his thing and he’s been learning it for years. He even moved to South America for it so he’s REALLY fluent. So for him, he’s past the vocabs and grammars, but rather he’s in the advanced level stage. They were really at it in Spanish only and I enjoyed it actually, but I can’t contribute nor properly respond so eventually I faded out and joined another group 🙂 I swung back to the easy level people, or locals who want to improve their english, or just mostly socializing rather than language learning 😀

My point is: there are varying difficulties available for everyone in any level!

If you want an example of their general hospitality and <insert-good-traits-here> here’s a story:

I was trying to find an Uber when I was heading back to the airport to go home. I got this guy, maybe around my age if not earlier. He had this souped up Honda something and he didn’t speak english. I’m usually fine with that but I revert to english when it comes to urgent/important matters when I’m not fluent in the other language. He can understand bits and pieces of english in the same way I can understand only bits and pieces of Spanish. Anyways, the guy was kind enough to remind me that it’s cash only going to the airport.

That’s an FYI actually for those going to Buenos Aires. Uber is digital there but if you want to head to the far, international airport, it’s cash only. Something about distance, you’re crossing so many boundaries etc, and just negotiate a price with them (Uber will provide an average cost though).

I remember he was explaining me everything in Spanish but I was happy that I got it due to context clues lol. I heard “efectivo (cash)” , “solo/solamente (only)”, something something more, “aeropuerto(airport)”. He then explained the reason why. I didn’t get the explanation from him though but rather I read it from Uber/online before I hopped in.

I remember responding to him with something like: “ok…no efectivo pero *mumble gibberish fake Spanish* ….banco a aeropuerto?”(Wanted to say: no cash, but I’m happy to withdraw from a bank on the way). He got it and he was fine with it. I think we went to 3-4 banks because they have banks ATMs there where…it’s small, and it’s free but they’re closed. Also they only accept local/South American banks. So even entering the ABM/ATM section of the bank is locked. You have to swipe a bank card and I’m guessing it’s expecting the same thing?

Anyways that was a long-winded story to their hospitality (hello Raymond Reddington) but what I wanted to say was that I had my backpack and suitcase in the car while I was attempting to withdraw cash. I don’t think he was sketchy but I was of course being realistically cautious when you travel: he can technically wait for me to go in a building and then zoom out with all my belongings. But he didn’t yey! So yea, they’re friendly, helpful, cheerful, and trustworthy.

When it comes to the location, the vibe, etc…well everything was just on point. The place was a 2-floor location (that big, and it was packed both floors). The bar itself is situated at the corner and it’s just impressive. The bar itself had a patio and in front of it was the sidewalk, street. Yea it was packed and full of people straight to the sidewalk, even on the road. The place is located in a cool and accessible part of town too

I’m currently just staring blankly ahead and I’m just reliving everything in my head. I don’t know how to put it in words. It’s just…my overall experience there was amazing due to…everything.

I’d take photos for you but you know me, the more awesome the experience is, the less likely I’d be pulling out my phone to take photos. So I guess take this as a good thing.

Venue/location is great, people are great, it was just a perfect Mundo Lingo event and I don’t know what else to expect. Mundo Lingo Buenos Aires lived up to the hype and I think it’s excellent, at least based on my experience!

At the time of writing, there’s still a lot of quarantines and lockdowns all over the place. Mundo Lingo has a contingency plan for this and they’ve ported the experience online! Check out their website Mundo Lingo and/or their facebook groups to see how can participate in their online events/chat rooms!

Let us know if you liked the post. That’s the only way we can improve.

I'm Dan and this site primarily talks about travelling, snowboarding, and/or personal improvement. We'll definitely touch languages, accents, culture, food, sports, how to snowboard, how to improve, how to do this and that, personal finance, and social points to name a few. If you're looking for my professional portfolio site, it is @ https://portfolio.dancedric.com 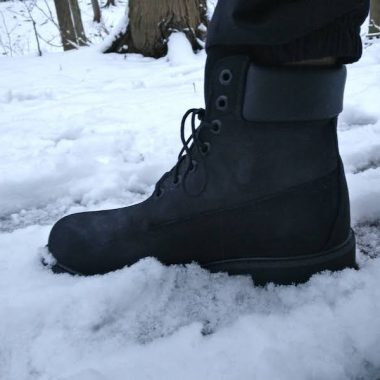 Hello hello! Here’s another winter-y article for you and this is perfect if you’re looking for your next…
1 Shares
1
0
0

I'm Dan and this site primarily talks about travelling, snowboarding, and/or personal…