Tired of Seeing Negative News? Read This to Stop It; Permanently.

We got scientific problems (e.g.: climate change problems, pandemic) and the variety pack of Injuctice (e.g.: race relations, corruption to name a few) going on in the world right now. It’s gotten so heavy that memes are lunch break compared to this whole thing.

I’m sure you’re tired, (hopefully not) desensitized, depressed / feeling the gravity of it all and I know it’s difficult.

Some Pointers for This Article

This read is more effective if you’re not black or indigenous
(black/indigenous people live all the things I’m about to say, so this is nothing new to them).

I will also be citing examples, mostly Canadian-centric, but it’s globally applicable. Canada, I love you, I think we’re doing relatively good (in relation to others doing really, really bad) but we’re not perfect. We can’t sit and relax or else we just set ourselves up for failure in the future. Let’s not wait for this to swell and become uncontrollable that we end up with riots and national unrest.

“Why are all these things coming down all at the same time?!”

So, you’re trying to live the best, honest, and morally-good life here but life’s just too dark right now right? Your gut reaction is probably to draw the line in the sand and try to separate yourself right? To a point I don’t blame you. Everyone needs a break. Mental Health is important but don’t be fooled for the worst thing you can do for everyone, most especially to yourself, is to start ignoring it, trying to not let it get through you.

I’ll make it quick and simple for you. All these that are happening (and I’ll even skip the social injustices here for a minute)–the pandemic, climate change, economical/financial collapse, etc–all these are happening because of neglect. Those issues are big enough already, now add in the equally-important social issues we have at hand. Overwhelming right?

The other not-so-obvious things about neglect is that the negative effects of does not show right away. The effect is that people decide/can afford to ignore/prolong things. The match to the gasoline here is that, over time it swells, it compounds, and it gets to a critical state and the problem explodes and we all know what it looks like when something hits the boiling point; it’s usually messy.

The riots that happened after George Floyd’s death was due to the neglect of basic human rights, leaving people in power unchecked, and years and years of injustice towards black Americans (so multiple layers of neglect and “not our problem” attitude). In short, they’ve been taken advantaged off too much for too long and they’ve reached their boiling point: there you go, riots, social unrest, breakdown and trust of citizens to their social systems, and more.

I’m also not singling out US here. I’m not protecting them, but at the same time no point beating a dead horse. It just shows one’s insecurity or ignorance if you do. We’re all guilty here to varying degrees. For example Philippines, how’s the corruption of traffic cops and using the law against citizens who are visible poor? Canada, you got some too.
(Yea yea yea, someone will say well it’s not as bad as the US. Yes. I know. We all know. But we’re not perfect and we are still guilty)

Here’s a biggest, strongest example I always think of when I want to pull up an example of intolerance (in turn neglecting or being passive with intolerance). Some of us (non-black/indigenous) understand the importance of correcting social/racial injustice, but none of us feel the urgency. It’s quite understandable. It’s human nature. If it’s not directly affecting you, it’s not intense, it’s not now, then it’s not a problem. Mind you, I’m saying that this is somewhat an explanation, not an excuse.

So think of it this way. Hitler’s Germany was probably super duper predominantly white. Fuck, this is a white supremacist’s dream. But for some reason someone woke up one day and decided that there’s a blonde-hair-blue-eyes master race. So even if they’re all white, they all started hating each other omg. Hatred and intolerance is and will always be never-ending. Disabled people were viewed as undesirables in his rule. Got a different religious/social practice? Oh damn you’re a target. Suddenly you see it’s not the race anymore. It’s really just raw, unchecked hatred and intolerance of the difference of others. Who knows, maybe in some dark alternate reality you’ll be imprisoned for being less than 176cm in height or if your household income is below a certain threshold. Stupid isn’t it?

What’s the result of the neglect of this? World War II.

My point is: everyone’s affected (and you should act like one). If there were no blacks, maybe it would’ve been us Asians taking all the brunt of these injustices. And then it goes up, up, and up, where you can circle back to a Hitler scenario wherein even if everyone’s white and skin color is not a factor any more and there would have to be another factor to hate on.

I’m not saying “be concerned because you’re next in line”. It’s sounds selfish but it’s a good start for some. What I’m trying to say is to address the three things I started with: Don’t start with neglect (even if it doesn’t affect you), don’t think that there is no harm even if there is no immediate feedback (e.g.: I don’t experience racism in my daily life or to people around me), and above all, don’t wait for it to get to the boiling point.

There’s no escaping it. It’s the reality. We’re all in this together (ooh HSM). You are not exempt. You may not experience racial injustice but you may experience other forms of injustice. You’re white but you’re gay/disabled/uneducated/low economic status/etc ? Boy do I have news for you…

It’s just a matter of: do you want to wait and play dumb, and experience the negative effects of it all when it all blows up or you want to nip it in the bud now with no extraneous effort, and also be an upstanding, responsible citizen and just a morally-good human being all in all?

I’ve discussed this somewhere before in one of my previous articles: Inventing the combustion engine and cars are inherently not bad (nor any tools for that matter). The first 10 cars ever made (even at their most inefficient state) could not have caused global warming (hence non-issue) since there are millions of trees out there to compensate for that. At some point in history, industrial age scaled, studies were made, scientific research were proven, and source(s) of the problems were identified. Since there were no immediate danger, people just kept on pushing it and pushing it back. “It’s not a problem for this decade? Pass it on to the next generation then”. Isn’t that a fucking beautiful mind right? We’re not even hitting the boiling point to this yet. We’re so close to it but since there are other holes in the pot, it’s helping to relieve pressure.

So now that I’ve told you were not at the boiling point yet, c’mon be honest with me, there was a sigh of relief and “oh ok, it’s not a big problem yet” feeling right? So…you want to extend the neglect too?

Mind you, this assumes that we’re just fighting the human nature of prioritization and urgency here; That is the assumption that the only reason it’s not front and centre is because it has not been deemed important AND urgent. Now remember and take into account that there are business/political agenda going on, human ignorance/deniers/stupidity etc. Also remember that in reality we’re burning the candle on both ends (CO2 emitting on one side and illegal logging + wildfires on the other). Add in “compounding interest” here too (e.g.: more global warming, more wildfires and they use up your oxygen AND burn trees; fucking double whammy) and boy do we have a hot mess.

Those are some of the many examples. Need I say more in this category?

Here’s a simple concept to help you act on climate change.

If you were hoping for some comedic relief, this isn’t it. I have lots by the way in this blog (like this: funny snowboard tricks), so search through, but distracting yourself with memes and lolz does not solve the problem (nor get rid of negative news in the future).

My main goal in this writing is for you–possibly a non-black/indigenous person, who’s fed up of seeing negative news–to not grow apathetic (since it won’t help with the problem). At the same time even if I’m casually solving this problem for you (and not for the more important issue at hand like the racial injustice of black/indigenous communities), all these will only go away if we address the problem directly.

Your inaction, silence, and apathy will be the first link in the chain. Even if I’m being selfish for you and your benefit here, later on this will just come back to bite you in the ass.

To My Fellow Canadians

Specific to my dear Canadians, here’s the thing that prompted me to write this: Yes sure, “we’re doing better” in racial injustice (not really, one injustice is one too many) but earlier I’ve provided this link:

There are trolls, deniers, and basically shit disturbers.

That’s us having a Trudeau at this point already and not a Trump. Maybe we really don’t have it “better”. The racists are just quiet since we don’t have a Trump.

I’ve seen these scary comments in varying social media. Racists exists here (Canada). Name it, deniers, anti-vaxxers, flat earthers. Fuck, we’re diverse even in that definition. Going back to racial injustice, let’s not wait for a riot, let’s not wait for an economic/social collapse. I sure as hell don’t want to get to that point. Do you? Toilet papers throw us in mayhem already, what more for serious, boiling-point social issues?

You don’t have to be a hero or a protester. Just be smart, concern yourself, call out racism, protect and live peacefully with your brothers and sisters even if they don’t have the same skin colour or religion as you. We’re doing good already (I think), but there are these hidden intolerant individuals, and if we neglect the responsibility of checking these guys out, we’re bound for some bumpy roads ahead. 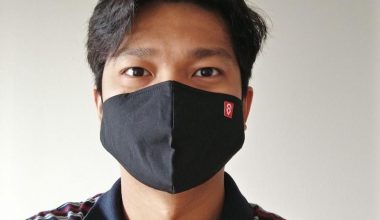